Friday, September 30
You are at:Home»News»Sarawak»Dr Penguang advises Iban NGOs, associations to unite for betterment of community 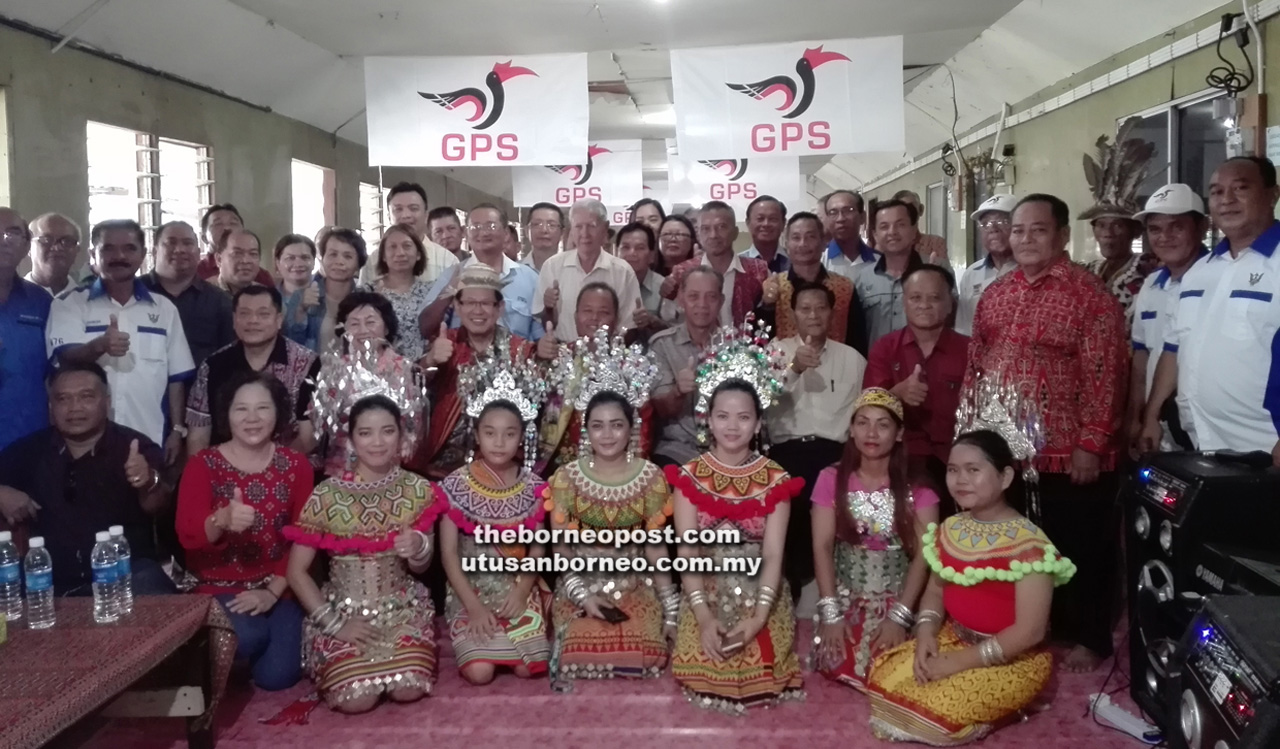 (Seated second row, from third left) Lee, Panting, Penguang and others in a photo call during the Ngiling Bidai ceremony.

MIRI: Iban-based non-governmental organisations (NGOs) and associations are urged to remain united towards attaining their common goals of benefitting their community.

Assistant Minister of Local Government Datu Dr Penguang Manggil said this would be in line with the objectives they set when the respective organisations were formed.

“Miri has got a number of Iban-based NGOs and associations, whose mission mainly is to safeguard the interest of the community and state.

“Therefore it is important that you stay united and share common interests in order to carry out your mission more effectively,” he said when addressing a ‘Ngiling Bidai’ ceremony at Rumah Panting, Sungai Teniku along Miri-Bintulu Road on Sunday.

On another matter, the Marudi assemblyman reminded the people that the appointment of community leaders in the state is the prerogative of the Sarawak government.

“Sarawak has its own regulation when it comes to appointing community leaders. For village chiefs, the Sarawak government pays an extra RM400 on top of the RM500 they receive as monthly allowance from the federal government.

“However, for community leaders such as Penghulu, Kapitan, Pemanca and Temenggong, their allowances are fully borne by the Sarawak government, meaning they are viewed as Sarawak government officials,” he said.

In view of this, Penguang stressed that these community leaders must continue to play a proactive role as the communication ‘bridge’ between the Sarawak government and the people.