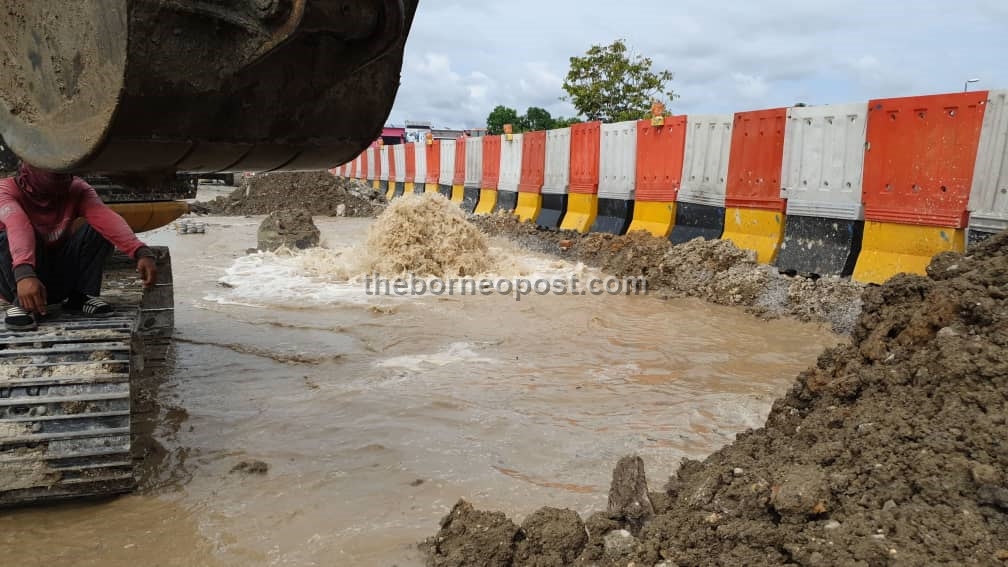 The burst water pipe along Mile 10. Photo courtesy of a reader

KUCHING: A water main along Mile 10 here has burst, inundating roads and causing a water supply interruption in the surrounding areas

Traffic slowed to a standstill as motorists attempted to navigate their way through the flooded road after the pipe burst, believed to be caused by construction work done as part of the Pan Borneo Highway project.

The Kuching Water Board (KWB) has issued an urgent notice, confirming that consumers around the Mile 9 to Mile 16 of Jalan Kuching – Serian, Jalan Kuap, Jalan Landeh, Jalan Puncak Borneo and other surrounding areas would be affected by the water outage caused by the burst pipe.

A KWB contractor has been deployed to the scene to conduct repairs, which is estimated to be completed by 4pm today.

Video courtesy of a reader showing the burst pipe and traffic slowing to a halt at Mile 10.