Wednesday, July 15
You are at:Home»News»Ha Noi Duo to cast musical spell at festival 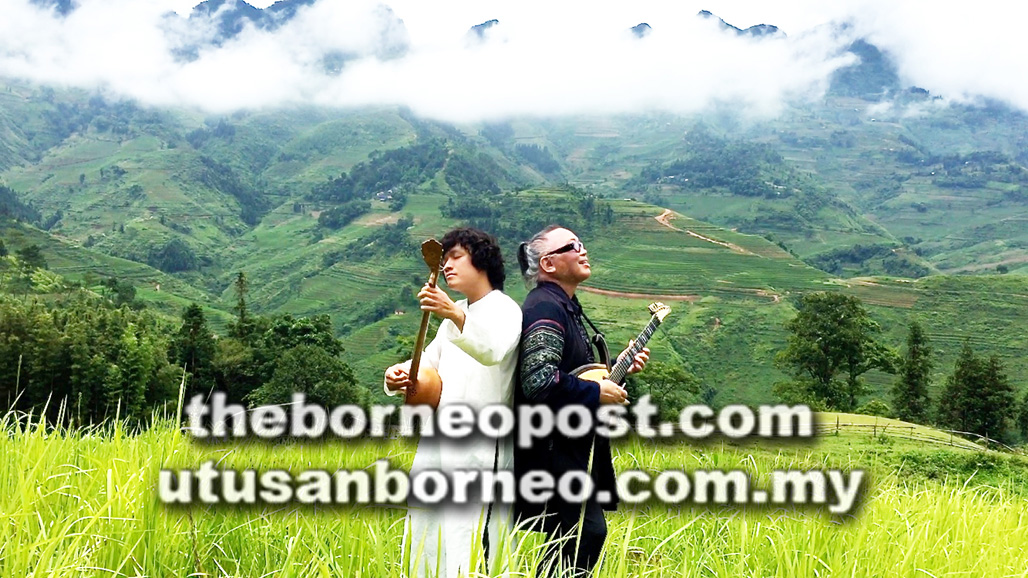 A press release from the Sarawak Tourism Board (STB) said the duo’s performance can be described as colourful, poignant, and constantly evolving as it also aims to raise questions, excite the senses, as well as capture the listener’s soul.

Lê’s legendary guitar prowess enables him to combine the elements of rock, jazz, and African improvisations.

“Based in Paris, Lê is an acclaimed jazz star who has collaborated with the Vietnamese music community since 2011. His collaboration with pop singer Tùng Dýõng won him the Best Song, Man of the Year, and Best Show of the Year in 2013.

“The release of his first album ‘Tales from Vietnam’ in 1996 has set the foundation for an amalgamation of jazz and indigenous music – since then he has tirelessly built an identity that encompasses both the musical heritage of the East and West, gaining recognition and a legion of fans along the way,” said the press release.

“Quang has played the two-string fiddle called Ðàn Nhị since he was 11, as well as the Ðàn Bầu (monocorde), a unique Vietnamese one-string instrument played with bent harmonics.

“He also plays instruments from other Vietnamese ethnic minorities such as the Ðàn Tre, a fiddle with a vocal resonator resembling an acoustic vocoder, Ðàn Môi (Jews Harp), and Ðàn Tính, a fretless lute with the sounds of Central Asia,” said the press release.

Organised by STB, RWMF will take place on July 12-14 at the Sarawak Cultural Village and has the full support of the Ministry of Tourism, Arts and Culture, Youth and Sports.