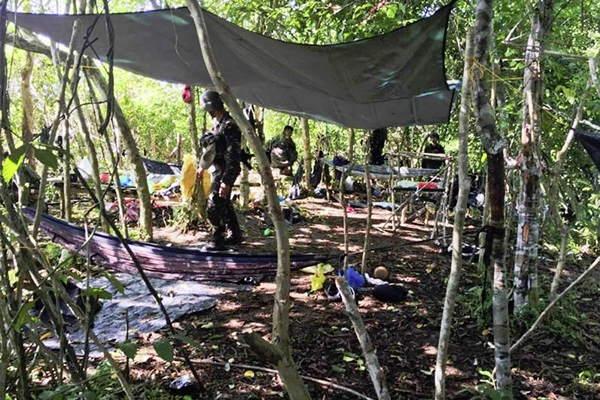 The Armed Forces of the Philippines (AFP) Western Mindanao Command has said troops have been on “extensive monitoring” since the kidnapping. Bernama Source Photo

MANILA: Philippine security forces are closely monitoring its remote southernmost provinces of Tawi-Tawi and Sulu after reports that the 10 Malaysian fishermen kidnapped last Tuesday by suspected Abu Sayyaf gunmen from waters off Sabah in eastern Malaysia were taken to the bandits’ jungle lair in southern Philippines, Xinhua news agency reported.

“We have directed our troops to be very vigilant,” Lorenzana said, adding that he gave the marching orders immediately after receiving reports about the abduction.

“(The kidnappers) are reportedly on the way to Tawi-Tawi and Jolo (with their hostages),” he said, referring to the remote islands in the Sulu Archipelago.

Col. Gerry Besana, the spokesperson for the Armed Forces of the Philippines (AFP) Western Mindanao Command, said troops have been on “extensive monitoring” since Tuesday.

However, he said, “there is still no update based on our 24/7 monitoring in the area.”

According to Malaysian news reports, the 10 fishermen were kidnapped off Borneo island on Tuesday and took to the southern Philippines.

The Abu Sayyaf bandits operate in the waters off the western part of Mindanao in southern Philippines, including the island province of Basilan, the Sulu Archipelago and the southern Sulu Sea.

According to the military, Basilan and the outlying islands of Sulu and Taw-Tawi are known hideouts of the Abu Sayyaf, a radical insurgent group in the Philippines that carry out kidnappings, bombings, piracy attacks, and beheadings in western Mindanao.

The bandits usually prey on foreign tourists, businessmen and fishermen not only from the Philippines but also from Indonesia and Malaysia and hide them in Philippine jungles or remote islands.

A Dutchman hostage, Ewold Horn, held since 2012 was shot dead on May 31 while trying to escape during a rescue operation launched by Philippine security forces in the jungles of Patikul town in Sulu province. The military said Horn was the last known kidnap victim in the hands of the group.

The Duterte government formed an entire army division to hunt down the Abu Sayyaf militants blamed for a series of kidnapping and bombings in the southern region, including the Jan 27 twin bombings in a church in Jolo, Sulu that killed 26 and injured more than 100. – Bernama