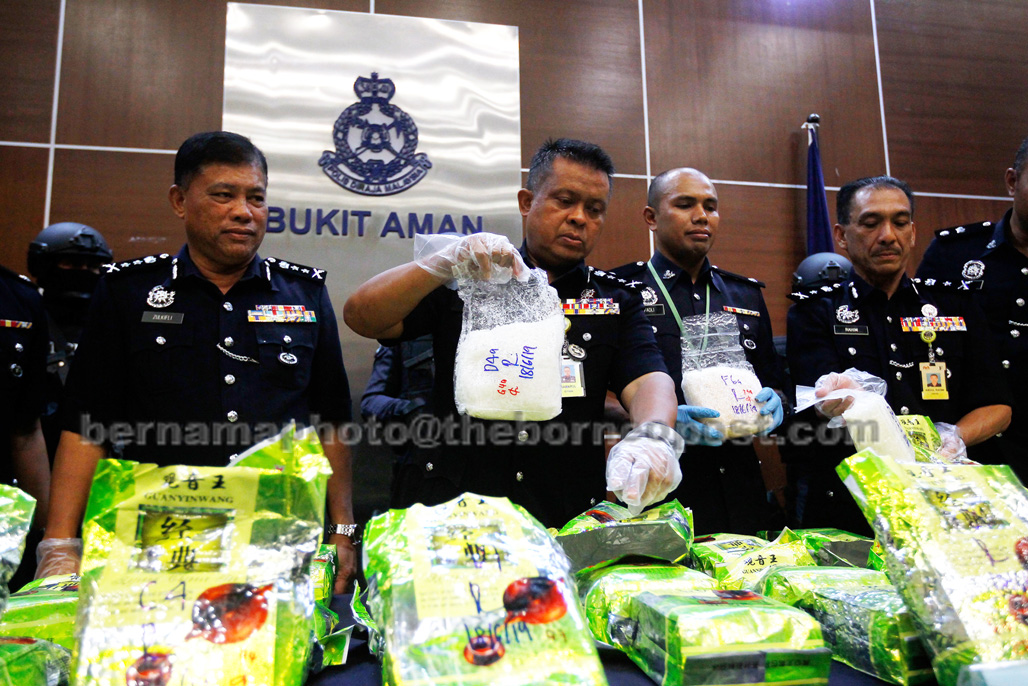 KUALA LUMPUR: Police nabbed five men who were believed to be members of a drug distribution syndicate and seized more than 55 kg of various types of drugs worth RM2.6 million in five raids here and in Johor.

One of them was positive on drugs.

Subsequently, he said that police conducted raids in Skudai, Senai and Stulang Laut, Johor and detained two men, aged 31 and 43 years, and seized 3.7 kg of drugs suspected to be heroin and almost 2,000 ecstacy pills.

He said that four of the five detained men had crime record involving drug distribution and robbery.

They were all remanded seven days until June 25 for further investigation and the case was being investigated under Section 39B of the Dangerous Drugs Act 1952 which provided a mandatory death sentence if guilty, he said.

Kamarulzaman said preliminary report found all the drugs seized were processes and packed in the golden triangle nations, namely, Thailand, Myanmar and Cambodia and were believed to be for the local and international markets. – Bernama