Tuesday, May 11
You are at:Home»News»Court»Food trader spared death penalty after acquittal from drug charge 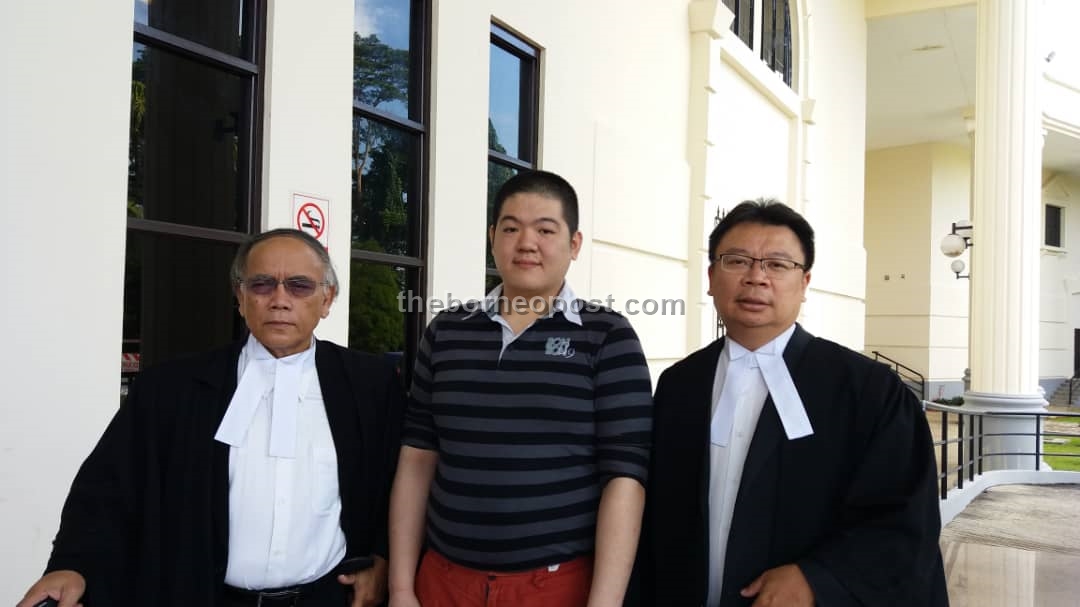 Liew (centre) with his defence counsels Chin (right) and Osman.

KUCHING: A 25-year-old food trader was discharged and acquitted from a drug trafficking charge which carries the death penalty upon conviction today.

High Court Judge Ravinthran N Paramaguru ruled that reasonable doubt had been cast on the prosecution’s evidence, particularly on exclusive possession of the drug methamphetamine found inside a plastic bag placed inside the car of the accused, Liew Shan Ho.

Even though Liew himself brought the raiding policemen to the car, prosecution witnesses’ own evidence also showed that three other persons were inside the car one to two hours before the police raided it and found the plastic bag containing the drugs.

A total of six prosecution witnesses testified against Liew during the trial at the High Court.

Liew has been charged with trafficking 385.76 grammes of methamphetamine in front of a house at RPR Matang here around 3.30pm on May 2 last year.