Saturday, July 4
You are at:Home»News»Court»Man jailed five years for slashing niece after she reported him for raping her 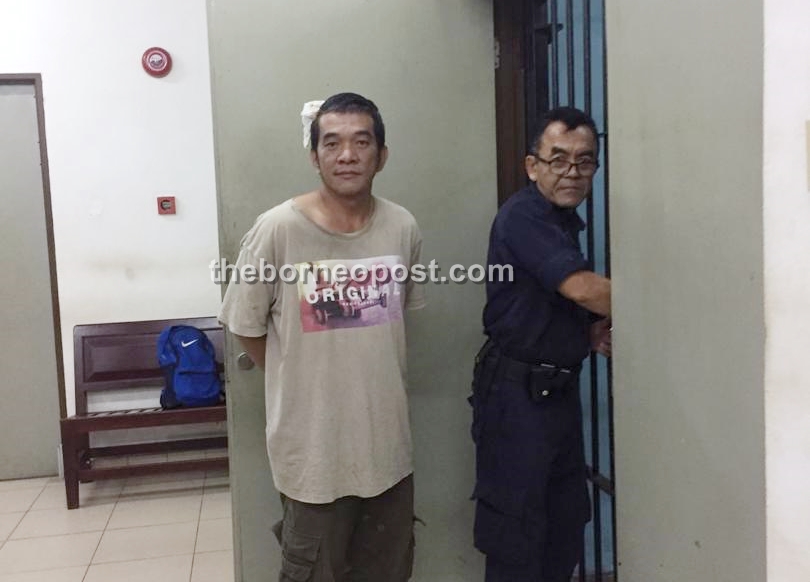 Lim is led away after his sentencing at court.

KUCHING: A wireman who pleaded guilty to injuring his niece using a folding knife after she reported him for raping her was sentenced to five years in jail and two strokes of the cane by the Sessions Court here today.

Lim Chin Siang, 39, had urged the victim’s family to withdraw the reports made against him regarding the rape that allegedly occurred in Betong, involving his niece as the rape victim.

He had rushed to his niece’s house at Taman Desa Wira, Batu Kawa and proceeded to slash her there on June 18.

As a result, the victim sustained knife wounds to her back.

Lim also sustained injuries after he was apprehended by the public and continued to behave aggressively.

Lim was charged under Section 6 (1) of the Corrosion, Explosive Substances and Offensive Weapons Act 1958 and was sentenced to five years jail and two lashes.

He was also charged under Section 324 of the Penal Code and sentenced to six months jail.

Both charges were read by Deputy Public Prosecutor, Ruhtra Raj.