Monday, March 30
You are at:Home»News»Nation»Sarawak records RM13.6 million in craft product sales up to May 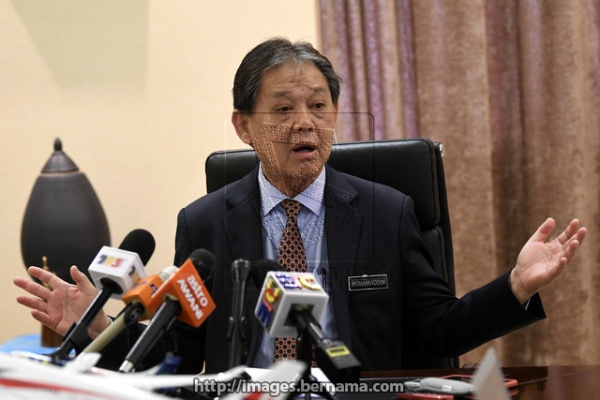 He said last year Sarawak generated sales of RM30 million through 730 craft entrepreneurs as well as chains encouraged by new projects and activities.

“My ministry is very satisfied with that achievement and I believe the number will continue to rise and further contribute to the country’s craft and tourism industries,” he told reporters after attending a Hari Raya Aidilfitri and Gawai Dayak celebration ceremony at Kraftangan Malaysia’s Sarawak branch here tonight.

At the national level, craft product sales totalled RM211.9 million during January-May this year compared with RM506.5 million for the whole of last year.

Mohamaddin said that in March, Sarawak received its 50 per cent share of the tourism tax collected from 2017 to December last year totalling RM2.58 million.

“Hence there is no issue about the claim (that the tax was not shared with the state),” he added. – Bernama

Previous ArticleJIT statement on MH17: ‘Regrettable’for Russia, ‘definitive answer’ for Ukraine
Next Article EU leaders to add to pressure on Russia over MH17