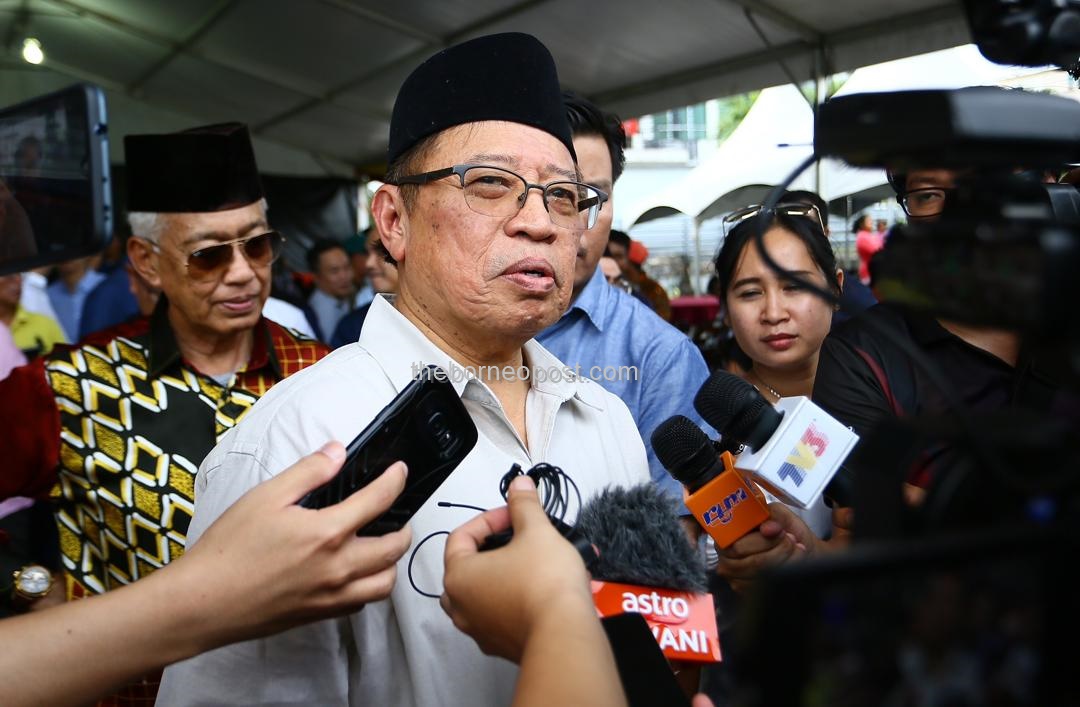 SIBU: Sarawak will not go bankrupt as claimed by Finance Minister Lim Guan Eng because the state has sufficient income from various resources such as oil and gas, reinforced by its prudent financial management, says Chief Minister Datuk Patinggi Abang Johari Tun Openg.

In refuting Lim’s claim, Abang Johari wondered why only the state’s annual budget sum was taken into account without furnishing the income.

The state government through GPS is a responsible government and prudent in its spendings, he stressed.

According to Abang Johari, Sarawak is expected to gain RM3 billion in profit this year.

This projected amount did not not include another right to oil and gas sales which is expected to be announced at the end of the year, he added.

In this regard, it is appropriate that GPS be given the trust to continue administering Sarawak, Abang Johari pointed out.

Lim had reportedly warned Sarawakians the state might end up bankrupt in three years time under the Gabungan Parti Sarawak (GPS) administration.

He also reportedly said Sarawak’s RM30 billion reserves would run out in three years with its annual budget of RM11 billion.

At a Sarawak DAP fundraising dinner in Kuching yesterday, Lim reportedly said the state could end up like Kelantan, where the government had ruled so badly it could not even afford to pay the salaries of its officers.