Thursday, June 4
You are at:Home»News»Baru pledges to develop all roads in Sarawak, despite restrictions 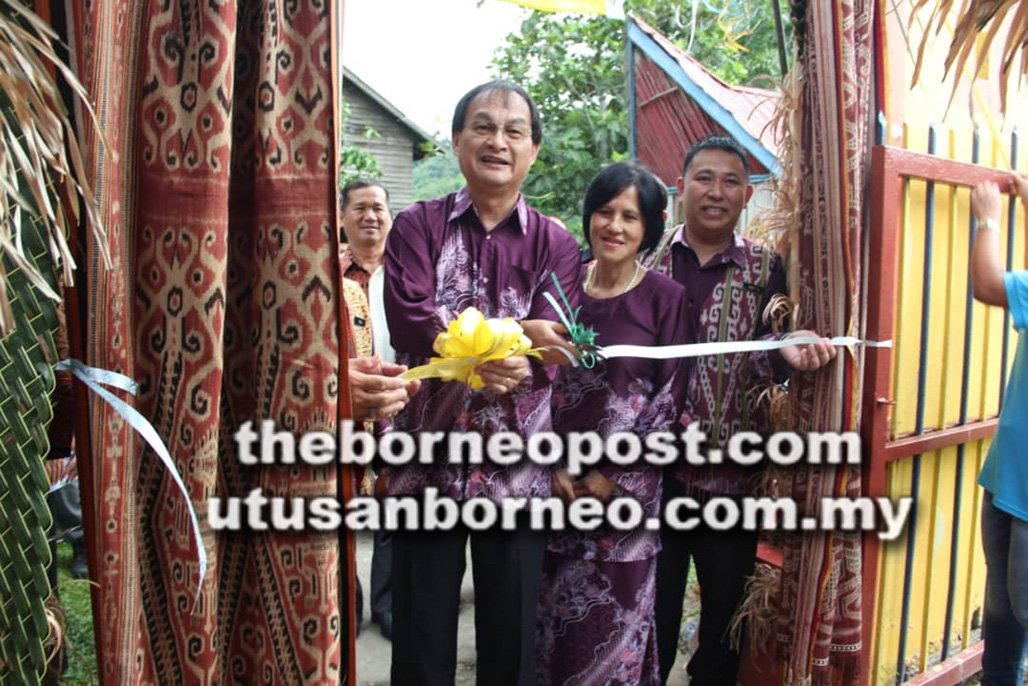 Baru, accompanied by his wife Yu Ching Sieu, cuts the ribbon to officiate at the Hari Raya-Gawai Dayak event in SK Nanga Medamit.

MIRI: Works Minister Baru Bian has pledged his commitment in developing roads in Sarawak, and working on existing channels to ensure that proper planning and construction would be implemented.

He also said his responsibility as a concerned federal minister is limited to federal roads, including those leading to airports and ports, those connecting public education centres and also the toll roads – all under the purview of the Ministry of Works.

Roads other than these, according to him, are under the authority of the state governments; however, he acknowledged that there are also small roads in villages built and developed under the Ministry of Rural Development.

“So, this is where my intentions and aspirations, as a (federal) minister from the rural area, get slightly hindered.

“Even so, I will not give up. I will continue to work on existing channels to ensure that the planning and construction (of all roads) will be implemented,” he said at a Hari Raya-Gawai Dayak celebration at SK Nanga Medamit in Limbang yesterday.

Baru, who is Selangau MP and Ba Kelalan assemblyman, said one of the major projects to be implemented would be the Sarawak-Sabah link road without going through Brunei.

“This link road will also go to Limbang through Mendamit.

“With this new connectivity, it will definitely benefit the people, especially those among us Dayaks who live in areas along the road – boosting our economic growth,” said the Parti Keadilan Rakyat (PKR) Sarawak chairman.

On the Raya-Gawai event, Baru commended SK Nanga Medamit and its parent-teacher association (PTA) for hosting it, in that it managed to get people of various faiths together.

“Such a practice will further develop our network of friends and certainly, it will strengthen the bond of friendship between us.

“May the friendship forged during this festive season continue to bloom and my hope is that with the unity and solidarity fostered, we would be able to fully enjoy the country’s development,” he added.