Wednesday, June 3
You are at:Home»News»Nation»Hishammuddin to give statement over land swap deals to MACC tomorrow 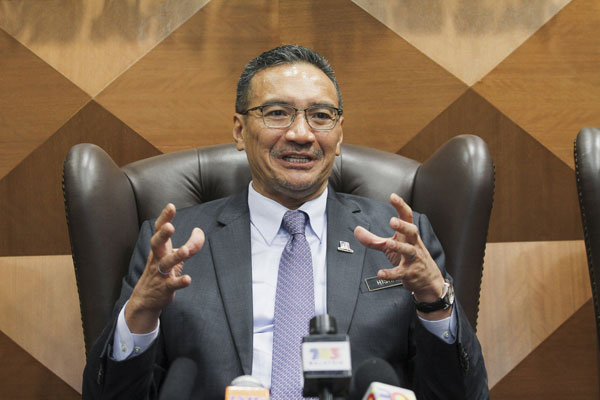 Azam also did not rule out the possibility for MACC to call former Prime Minister Datuk Seri Najib Tun Razak to give his statement on this issue.

“We are still collecting evidence and taking statements from the others first and will call him (Najib) when it is appropriate,” he told reporters after the MACC press conference on the latest update on the
1Malaysia Development Malaysia Berhad (1MDB) case here yesterday.

In February, the Defence Ministry, under the new ruling government, revealed that the government had lost more than RM500 million in land swap deals since 1997.

Defence Minister Mohamad Sabu said the findings followed an investigation, the results of which were presented by the Committee on Investigation, Government Procurement and Finance, chaired by Ambrin Buang on Jan 28.

It was reported that 16 land swap deals were carried out by the ministry involving up to 1,183 hectares of land.

The land at various camps in Bukit Kinrara, Hutan Melintang, Bera, Segamat, Paloh and Hutan Melintang were reported to be worth RM4.8 billion while the cost of the projects were tagged at RM4.9 billion.

On the helicopter issue, Azam said two individuals have been remanded to facilitate investigations into the procurement of RM300 million worth of military helicopters in 2015 which have yet to be delivered to the Malaysian Armed Forces. — Bernama

Previous ArticleAPOC 13 to highlight culture via orchids
Next Article Gobind: Media Council likely to be set up by end of 2019