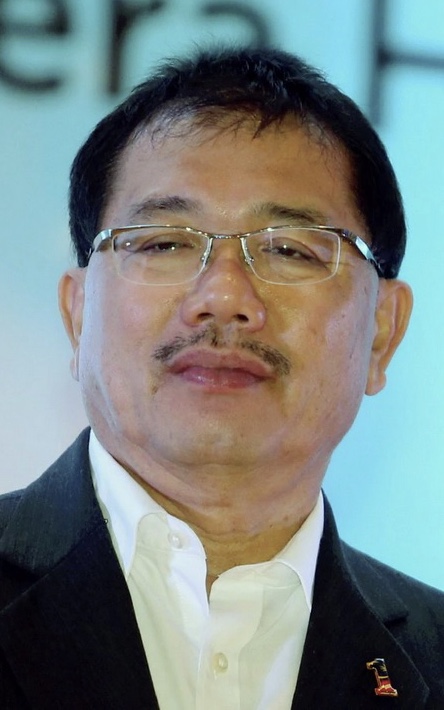 KOTA KINABALU: Parti Bersatu Sabah (PBS) is of the view that the Lok Kawi military camp should remain where it is.

Security needs on the east coast can be upgraded in other ways including more forward outposts and prioritizing communications, transportation and logistics.

“No, that would be unwise and an unnecessary financial burden. The money spent relocating the entire brigade headquarters could be better spent acquiring more assets like patrol craft and stationing more personnel and improving their living

conditions,” said PBS vice-president Datuk Johnny Mositun in the wake of press reports quoting the Chief Minister and one of his three deputies, Datuk Christina Liew, calling for the relocation of the Lok Kawi camp to the east coast.

Mositun, who was one of two deputy speakers under BN rule, said it was odd that Liew, who is also in charge of tourism, was on one hand assuring foreign tourists that Sabah was safe to visit and at the same time painting a negative impression of the security situation.

“And blowing things out of proportion. By suggesting Lok Kawi camp be moved to the east coast will only make people think our security situation is worse than it really is,” Mositun said.

The PBS vice-president agreed with former Chief Minister Datuk Yong Teck Lee that the Lok Kawi camp was a brigade headquarters carefully thought out and built in the context of the overall purpose of national defence, including state security, when the newly formed Malaysia faced hostility from neighbouring countries.

“Those dangers may have receded but today we are faced with the possibility of the South China Sea becoming a flash point of hostilities between major powers.  It would not be wise to relocate Lok Kawi camp further away from Kota Kinabalu, which is our administrative capital and main link to the outside world,” he said.

Mositun recalled that during the watch of Datuk Seri Shafie Apdal as Deputy Defence Minister, there had been a big controversy about encroachment into a state forest reserve  by the contractor of a military installation at the Semporna-Lahad Datu area.

“Whatever happened to that project? Was it completed? If so, it could be upgraded to meet the new challenges  of piracy and armed incursions, if any were to happen. That would make more sense than to relocate the Lok Kawi camp, I think,” Mositun said.

He also said he had reservations about any major military command centre,  being located on the front lines, which our east coast is.

“It makes no sense to locate the ‘brain’ of our military set up right inside a conflict zone and make it vulnerable to direct assault, does it?” he wanted to know.

Noting that just over a week ago, Malaysia’s Inspector General of Police had announced the restructuring or reorganization of ESSCom. Mositun said it was unnecessary to pre-empt the IGP and professional military establishment about improving security along our state’s east coast.

“Suggestions are of course welcome and needed, especially from those most affected sections of our population. But let us refrain from politicizing the situation. Let’s be thankful that while things are not perfect, it is still very much under control,” Mositun said.