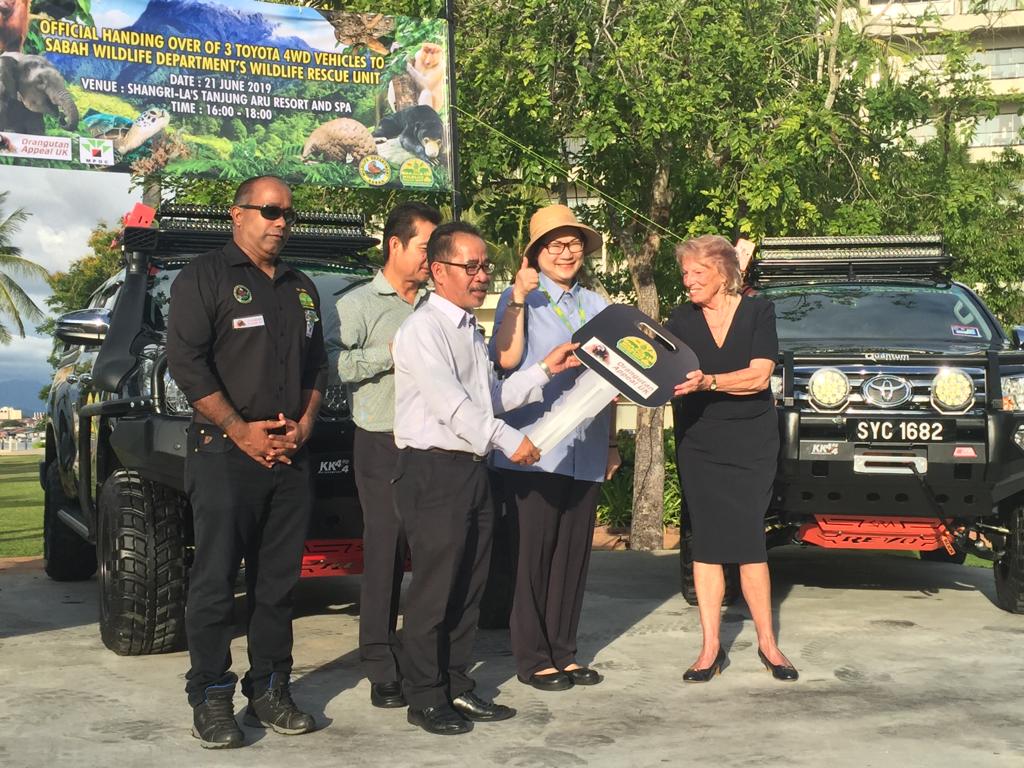 Chief Minister Datuk Seri Shafie Apdal said that he was delighted to know that the UK-based body had continued to support the state’s strategy in managing its wildlife conservation, which is now under critical threat due to habitat loss and poaching.

“Though we have just recently lost one of our remaining last two Sumatran Rhinoceros (which died of old age and other complications), I would like to assure you that we are doing everything in our power to resolve the current situation and prevent extinction of Sabah’s other iconic wildlife, such as the Bornean Elephant , Sunda Pangolin, Bornean Orangutans, Tambadau and many more,” said Shafie in his speech, read by his deputy Datuk Christina Liew at the handing-over ceremony yesterday.

He had also expressed his gratitude towards Sue Sheward, the chairperson and founder of OAUK, for her contribution to the state’s wildlife, since the past 18 years, whereby she had raised fund in excess of RM12 million to assist Sabah’s wildlife in general, particularly the Orangutans.

Shafie pointed out that the WRU had played a significant role in a vast number of wildlife rescues and translocation operations since it was set up nine years ago .

“The WRU has become an integral part of Sabah Wildlife Department’s arsenal to manage wildlife conservation in Sabah. This unit has been funded by the Malaysian Palm Oil Council (MPOC) through the Wildlife Conservation Fund. They were only supposed to fund it for three years, after which the previous government was supposed to absorb this unit as permanent staff of Sabah Wildlife Department but they failed to do so.

“I would like to take this opportunity to thank MPOC for going beyond their call by continuing to fund this very important Unit for a further six years, till now,” added Shafie.