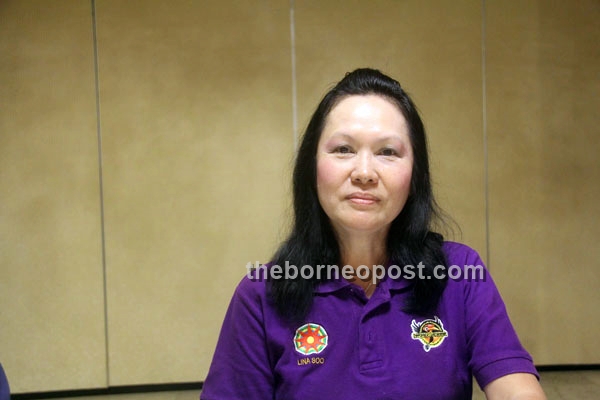 KUCHING: Claims made by DAP secretary general Lim Guan Eng that Sarawak will go bankrupt in three years due its large annual budget has been labelled as “kindergarten economics” by State Reform Party president Lina Soo.

Soo opined that Lim’s logic on the state budget of spending RM11 billion a year for three years will deplete the state’s reserves of RM30 billion as “appalling”.

Speaking to a press conference at the Kuching Waterfront, the PH federal government she said have held power since May 2018 and the nation’s economy has not much improved since then.

“Actually our financial outlook is not good and now our Finance Minister (Guan Eng) is saying that Sarawak is going bankrupt,” said Soo.

She further added that the ratio of Sarawak’s natural’s resources against the state’s population of 2.8 million and cash surplus is high and relatively safe.

“In one day, 850,000 barrels of oil and gas is produced in Sarawak. With an average market value of USD65 per barrel, each day RM221 million or RM80 billion a year comes from the oil and gas extracted in Sarawak,” she justified.

On another note, the federal government she said should not forget that it was the money from Sarawak’s oil and gas that was also used to built the Kuala Lumpur Convention Centre and Putrajaya.

However, only RM2 billion of the annual contracts for oil and gas which is worth RM20 billion are awarded to companies from Sarawak.

“I would also like to ask him (Guan Eng) as to where is the promise of delivering the 20 per cent royalty that is based on production to Sarawak?” she quizzed.

Before saying that Sarawak will go bankrupt, Guan Eng should look at the nation’s gloomy economy and the PH government’s failed promises, she said.