Monday, February 6
You are at:Home»News»S’wak will be bankrupt in three years if GPS stays in power – Lim
For the freshest news, join The Borneo Post's Telegram Channel and The Borneo Post on Newswav. 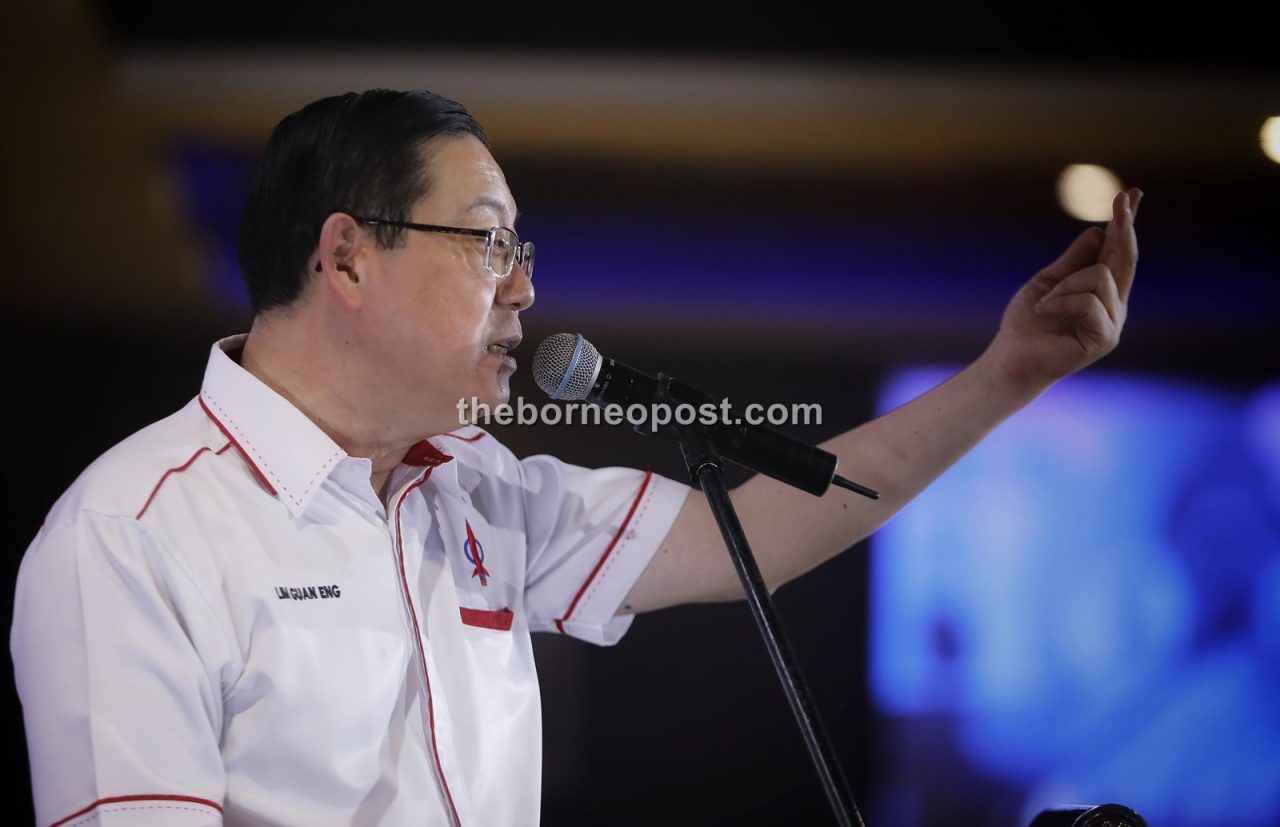 Lim speaks at the ‘Sarawak, Here We Come’ event. Photo by Chimon Upon

“Why I say that? Last year the GPS government tabled an RM11 billion state budget. You know how much is the state’s reserve? It’s RM30 billion.

“If every year you spend RM11 billion, in three years you will have nothing left. If you have nothing left, what will happen to you? You will end up like Kelantan,” he said at the ‘Sarawak, Here We Come’ dinner organised by Sarawak DAP here on Friday night.

Lim, who is national DAP secretary general, cautioned that the GPS government will look like its brother PAS in Kelantan if they continue to rule Sarawak.

He claimed that the Kelantan PAS government ruled so badly that they could not even afford to pay the salary of their civil servants.

The Kelantan PAS government, he said, had to borrow from the federal government so that they could do so.

“But what happened was, after I, as the Minister of Finance, had approved it, they took the money, paid their civil servants and even scolded me.

“They are ‘brothers’ with GPS, who together with Umno opposed the Bill to restore Sarawak’s status in the federation of Malaysia.

“If GPS doesn’t know how to manage their economy, I think Sarawak will go bankrupt,” he said.

Lim reminded Sarawakians to be careful so that the state would not end up like Kelantan.

When asked why he thinks Sarawak will go bankrupt after the dinner, Lim said it was just an analogy made based on simple mathematical common sense.

Asked if his statement implies that the federal government was not going to pay the five percent sales tax that Sarawak imposed on petroleum products, he declined to comment.