Saturday, August 20
You are at:Home»Sports»‘You can’t win every week’: Federer backs Osaka to shine in spotlight 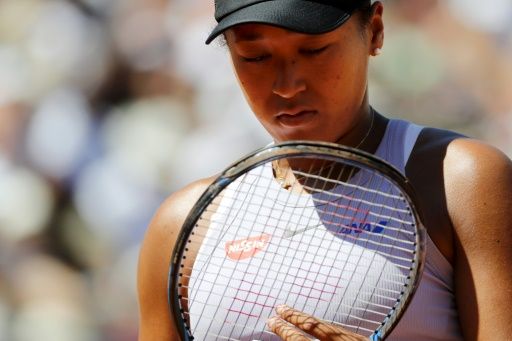 World number one Naomi Osaka was knocked out of the second round of the WTA tournament in Birmingham on Thursday. AFP Photo

Roger Federer insisted Friday that Japanese star Naomi Osaka will bounce back from a string of setbacks and thrive in the spotlight of being world number one and a double Grand Slam winner.

Osaka, 21, won a second consecutive major at the Australian Open in January, but has since reached just one semi-final on the WTA Tour.

At Roland Garros, where she was top seed, Osaka was defeated in the third round and claimed the loss was “the best thing that could have happened”.

She also lost in straight sets to Yulia Putintseva in the last 16 in Birmingham on Thursday, but Federer said that the defeat was no cause for concern.

“There’s no need to explain why you lost, it just happens sometimes,” he said, after beating Roberto Bautista Agut to reach the semi-finals of the ATP event in Halle.

Federer, who has won a record 20 career majors, said that the same thing happened to him after he won his first Grand Slam title at Wimbledon in 2003.

“After that I also didn’t win everything,” he added. “From having nothing to lose it suddenly changes, everyone now feels like it’s an amazing win to beat you.

“You have a couple of Grand Slams and you are world number one, but at the end of the day you are still the same person. You have to take the losses, shake them off and get on with it.”

Federer backed Osaka to get to grips with the pressure of being at the very top of women’s tennis, and to return to title-winning ways.

“She has a head start with her two Grand Slams. Now she’s done it, she knows she can do it again.”

“I think she’s doing pretty well. You can’t win every week, nobody does that.”