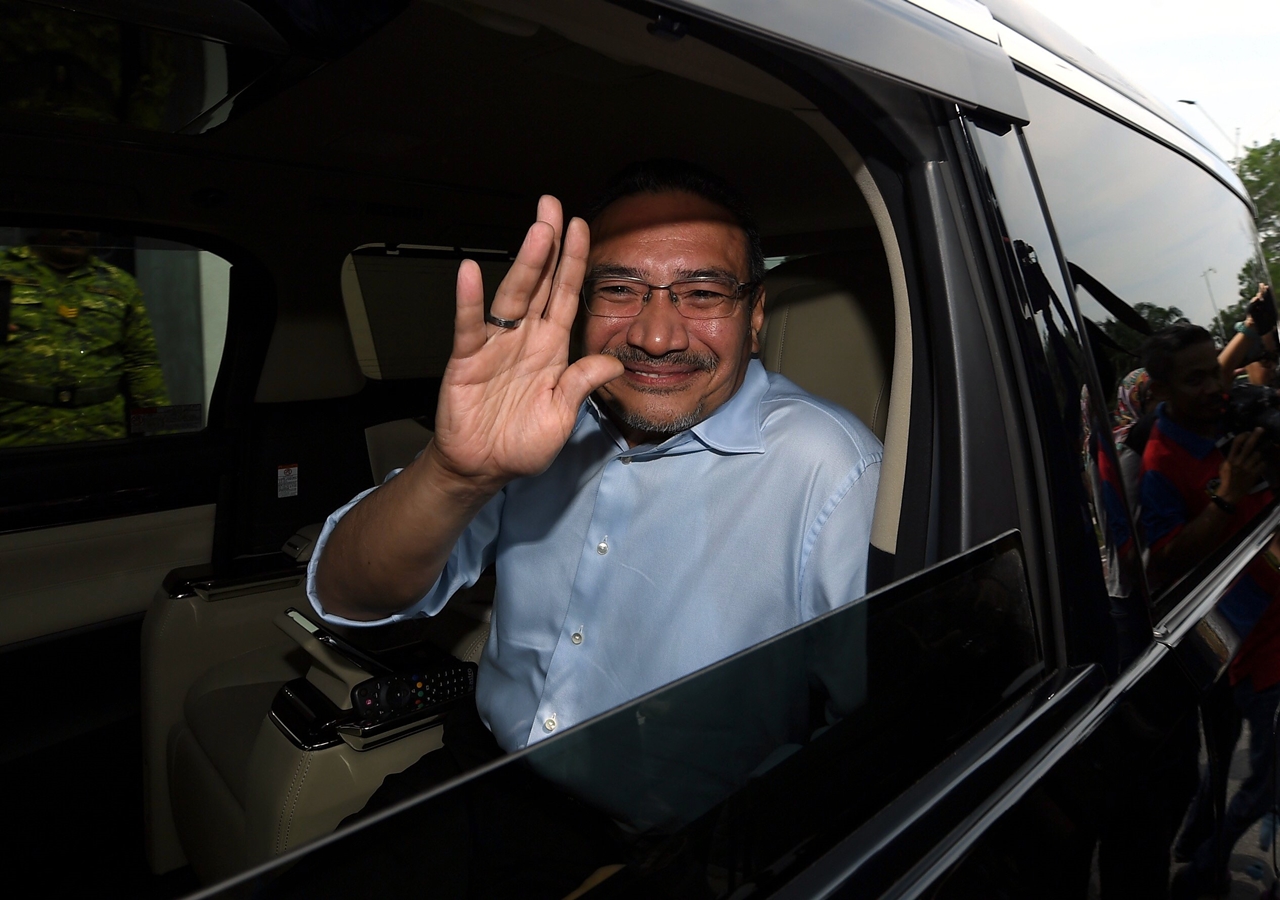 He was spotted wearing a blue shirt as he arrived in a black MPV, accompanied by an aide.

Approached by reporters, Hishammuddin, speaking from the vehicle, said: “I will give full cooperation without fear or favour. I have been extending full cooperation. The important thing now is the morale of our soldiers, their interests and their families. I have nothing to hide.”

Replying to a question, he said he is unsure how long it will take for his statement to be recorded and did not know what kind of questions he will be asked by the MACC.

In February, the Defence Ministry, under the new ruling government, revealed that the government had lost more than RM500 million in land swap deals since 1997.

Defence Minister Mohamad Sabu said the findings followed an investigation, the results of which were presented by the Committee on Investigation, Government Procurement and Finance chaired by Tan Sri Ambrin Buang on Jan 28.

It was reported that 16 land swap deals were carried out by the ministry involving up to 1,183 hectares of land.

The land at various camps, in Bukit Kinrara, Hutan Melintang, Bera, Segamat, Paloh and Hutan Melintang, were reported to be worth RM4.8 billion while the cost of the projects was tagged at RM4.9 billion. – Bernama