Wednesday, November 30
You are at:Home»News»Lawas waters to be gazetted protected area 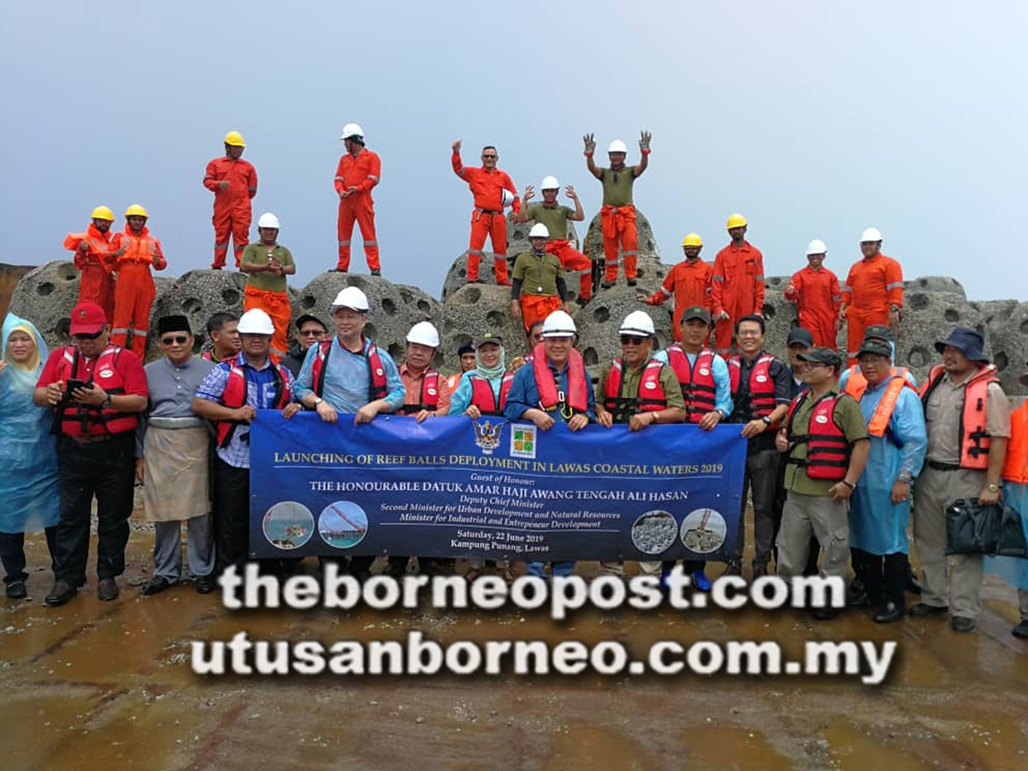 Awang Tengah (centre) is seen during a photo call following the deployment of 600 reef balls in Lawas waters by SFC. On his left is Len Talif.

LAWAS: Sarawak Forestry Corporation (SFC) is now in the final stages of gazetting 13,981ha of Lawas waters as a protected area.

“However, traditional coastal fishermen would still be allowed to fish in this area when this has been gazetted,” he said when launching a Sarawak-funded artificial reef ball project in Kampung Punang yesterday.

The third project by SFC after Belawai and Miri-Sibuti waters since 2018, the latest project would see 600 reef balls deployed in 22 locations stretching from Awat-Awat to Kuala Lawas.

It is part of the Sarawak government’s efforts to conserve and protect marine resources for sustainable exploitation by local fishermen.

The studies have found that the coastal waters of Lawas have rich and unique ecosystems and marine biodiversity such as mangrove ecosystems, seagrass, mudflats, and coral reefs.

These marine ecosystems are critical habitats for marine life, especially fishery sources such as fish, crabs, shrimp, and shellfish.

The seagrass bed extends from Bangkulit River (border of Sabah-Sarawak) to Awat-Awat, which is the only habitat and feeding trails for dugong still available in Sarawak.

The seagrass bed is also one of the most important Green Turtle feeding areas in Southeast Asia.

Lawas waters are also an important habitat for four species of dolphins, seahorses, whale sharks, and mantra rays, which are facing extinction in other parts of the country.

The proposed national park will ensure that fisheries, marine wildlife, and their habitats are protected.