Thursday, July 16
You are at:Home»News»Sabah»Fishing vessel disposed of off Kudat for use as artificial reef 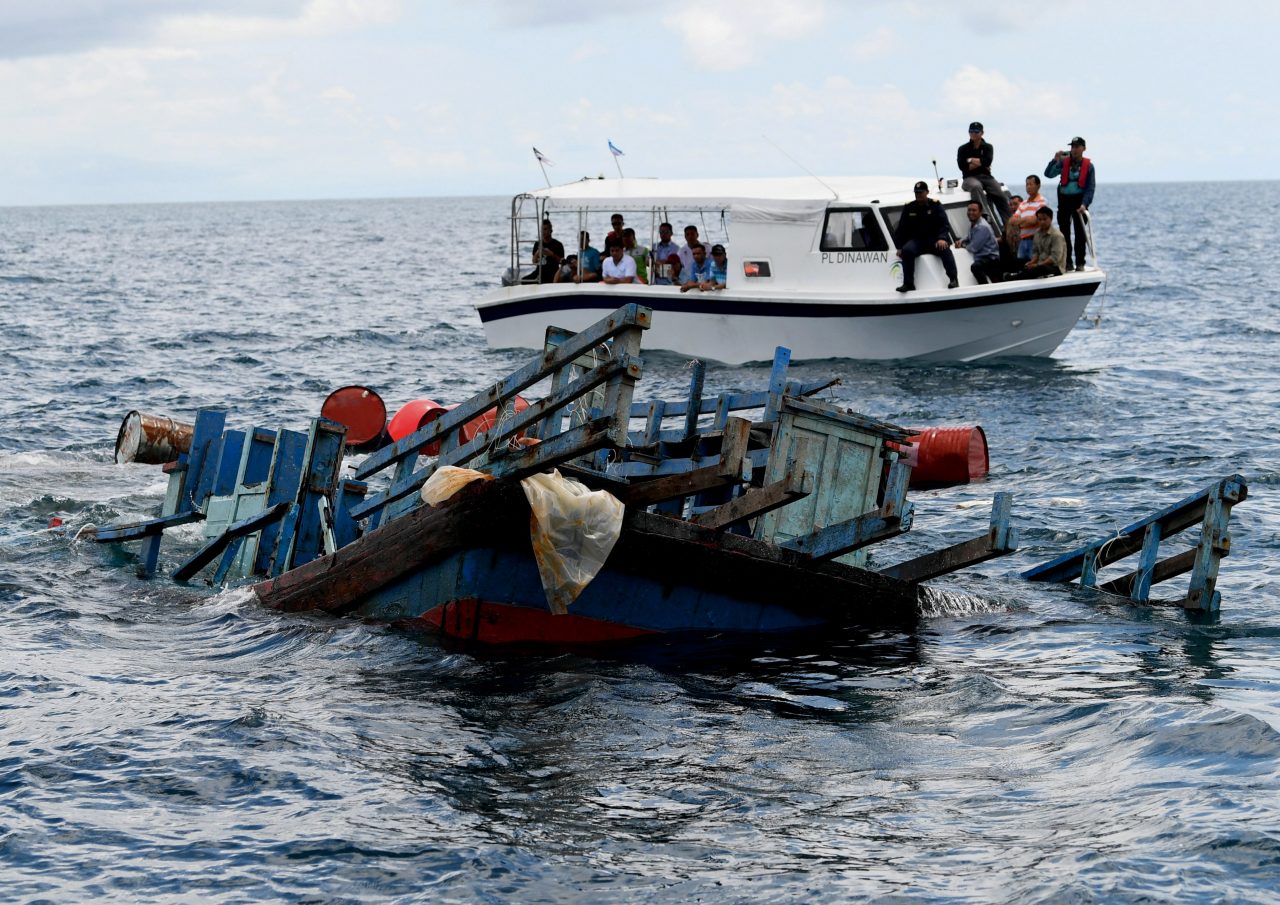 The fishing boat seized from Vietnamese fishermen being suck into the sea for making artificial reefs.

KUDAT: A fishing vessel which was seized by the Malaysian Maritime Enforcement Agency (MMEA) was disposed of yesterday to be used as artificial reef in the waters of Kampung Tajau Laut, near here.

Sabah Agriculture and Food Industries Minister Datuk Junz Wong said this is the first time the Sabah government had disposed of such a vessel, because previously boats seized for violating laws would be auctioned.

“The discarded vessel is a foreign fishing boat that was previously held following an offence under Section 34 of the Fisheries Act 1985 and the Kota Kinabalu Court had ordered the boat to be forfeited,” he told reporters after the submerging of the vessel.

He said the disposal of the vessel showed the Sabah government’s seriousness in addressing encroachment issues especially when it involved exploitation of Sabah’s marine resources.

“As such this is warning to foreign fishermen who are encroaching and stealing marine resources in Sabah waters and I hope the destruction of this vessel will serve as a lesson to those involved.

“The sunken vessel will be turned into an artificial reef for the benefit of the fishing communities in Kampung Tajau Laut and its surrounding areas,” he said.

Deploying artificial reefs would enhance catches and income of artisanal fishermen because the reefs could enhance rehabilitation of fishery resources and improve marine habitat while preventing intrusion of trawlers into the coastal areas, he said.

He added  that two more vessels which have been seized by the MMEA would be disposed of in a similar manner in Tuaran. – Bernama