Thursday, June 4
You are at:Home»News»Sabah»Less customers smoking at eateries 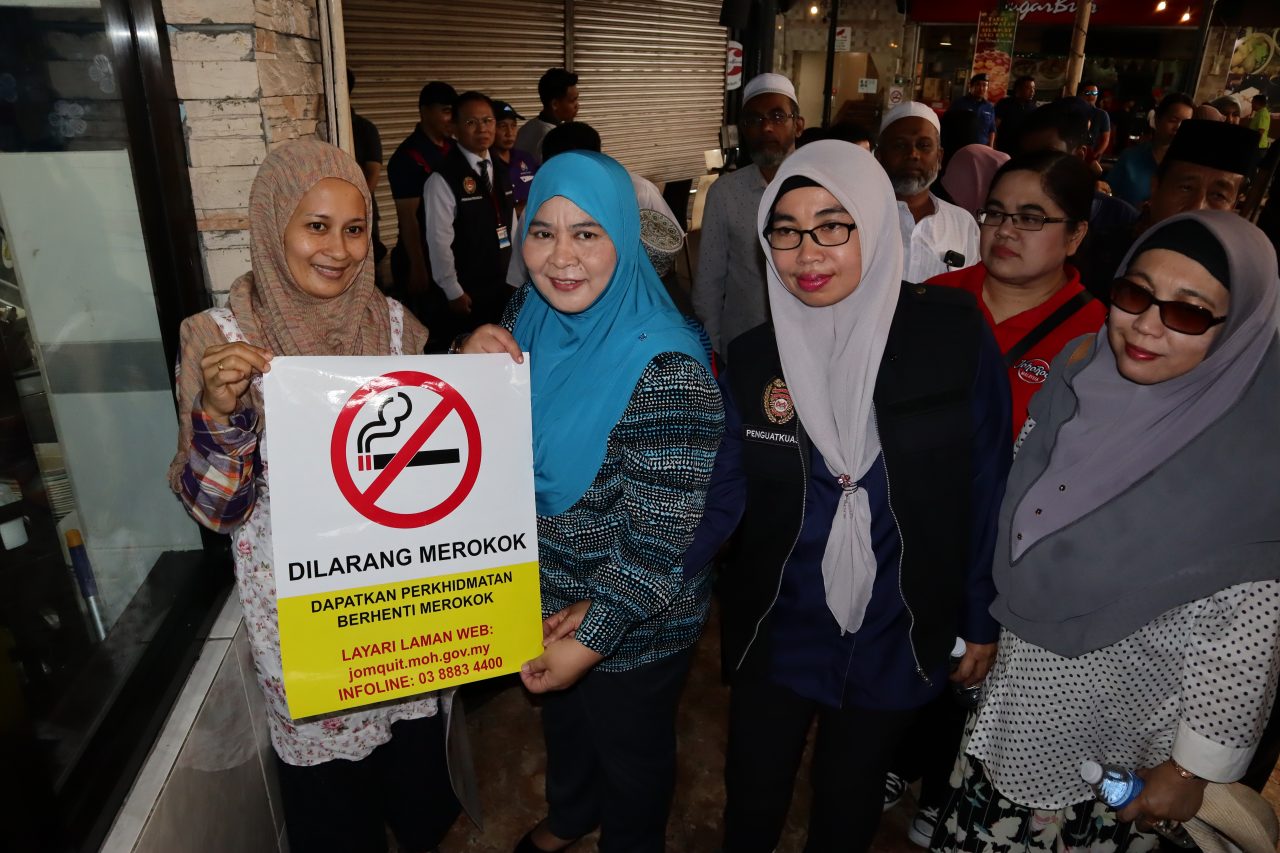 Nooraliza (second left), representing the Kota Kinabalu City Mayor during the walkabout program, presenting a ‘no smoking’ poster to an operator accompanied by Dr Sulaidah at an eatery along Gaya Street in Kota Kinabalu Central Business District yesterday.

“So far, we have observed a lot of premises have displayed the ‘no smoking’ poster at areas that can be easily seen and it is found that there has been a decrease in the number of customers smoking at eateries (in Kota Kinabalu),” she told the media when met during a ‘smoking ban at eateries walkabout’ around Gaya Street in the Central Business District here yesterday.

“We have also received a lot of complaints from the public. So far, we have received around 196 complaints relating to smoking at public places. This shows the awareness among the people regarding the enforcement of the Control of Tobacco Products Regulations, which is the prohibition of smoking at food premises,” she added.

Dr Julaidah said at the country level, a study done by the National Cancer Association regarding the impact of the regulations have found that a majority of the almost 200 premises involved have displayed the poster for prohibition of smoking, and a majority of customers at the premises were not found smoking within the restricted parameters.

“Out of those complaints, firstly, we will contact the complainant to confirm the location, time and what has happened. We will then visit the premises that has been reported to confirm it,” said the district health officer.

“All these premises have given cooperation to provide us with information. Indeed, there are still those smoking, but they admitted when reprimanded,” she revealed.

Meanwhile, Kota Kinabalu City Hall (DBKK) (operations) deputy director general Noorliza Awang Alip said the local authority will continue to work together with the Health Ministry and the district health office on the implementation of the regulations.

She added that City Hall found that the number of smokers at eateries had significantly reduced in the Kota Kinabalu area.

The Health Ministry has extended the educational enforcement period before the smoking ban at eateries due to the lack of awareness in less developed areas.

Deputy Health Minister Dr Lee Boon Chye had said that the decision was made, despite having nearly 80% of premises following the ministry’s directives.