Thursday, June 4
You are at:Home»News»Sabah»No use to cross over to another party – Mohamaddin 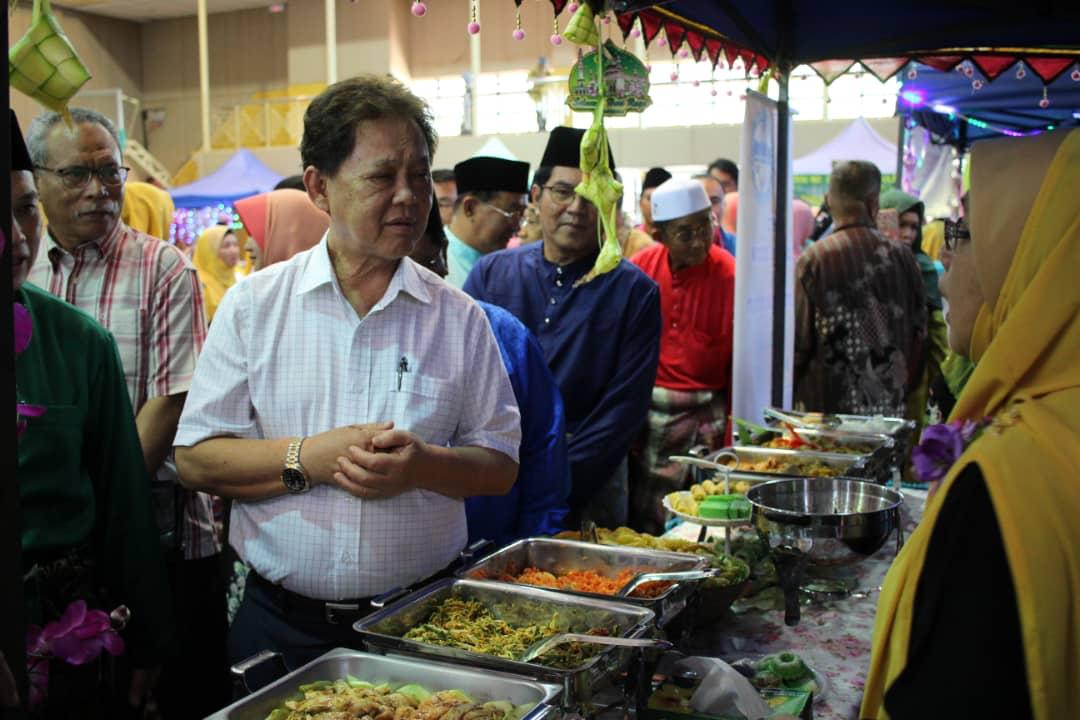 Mohamaddin visiting the food stalls during the Raya open house.

LAHAD DATU: Silam Parti Warisan Sabah (Warisan) Division head Datuk Mohamaddin Ketapi said there is no use to cross over to another party.

He said what is important is to work together to develop the country.

Mohamaddin who is also the Minister of Tourism, Art and Culture said this in response to rumor that he will quit Warisan and join another party.

He said that it had been the trend since long time ago that in politics component parties should work together for the people.

“In Barisan Nasional, there are Umno, MIC and MCA that work together as family. This goes the same with Pakatan Harapan (PH).

“In PH, we have Bersatu, PKR, Warisan and others. There is no use to cross over here and there. It is better to sit together and work for the country’s development,” he said.

In his speech earlier, Mohamaddin encouraged all the ethnic groups in Sabah, including the Idahan, to highlight the uniqueness of their culture and customs to be promoted as tourism products.

He said every ethnic group could promote national tourism by highlighting the uniqueness of their respective art and culture.

“For example, we at the ministry welcome the organisation of any cultural event or activity that could introduce the uniqueness of the respective ethnic culture.

“All races could cooperate by sitting down together to discuss, exchange ideas and look for the uniqueness of the races to be highlighted as a tourism product,” he said.

Meanwhile, Mohamaddin who is also the Member of Parliament for Silam, encouraged tourism entrepreneurs in making use of the Tourism Infrastructure Fund of RM1 billion launched by Bank Pembangunan Malaysia Berhad (BPMB), to develop the industry and expand job opportunities.

In addition, he suggested that the people in the state be active in the handicraft industry which could generate high income.

“The handicraft making industry is one of the promising industries where Sarawak, for example, had generated RM13.6 million from January until March this year from handicraft products.

“Let’s boost the handicraft industry. I urge all ethnic groups including the Idahan Ethnic group to further activate their income and generate a high revenue,” he added.

Mohamaddin praised the organisation of the function yesterday that could be used as a platform to strengthen racial solidarity.

He said the Idahan ethnic group who had various cultural uniqueness also needed to highlight their uniqueness besides working together with the other ethnic groups to exchange ideas and develop the country’s tourism industry.