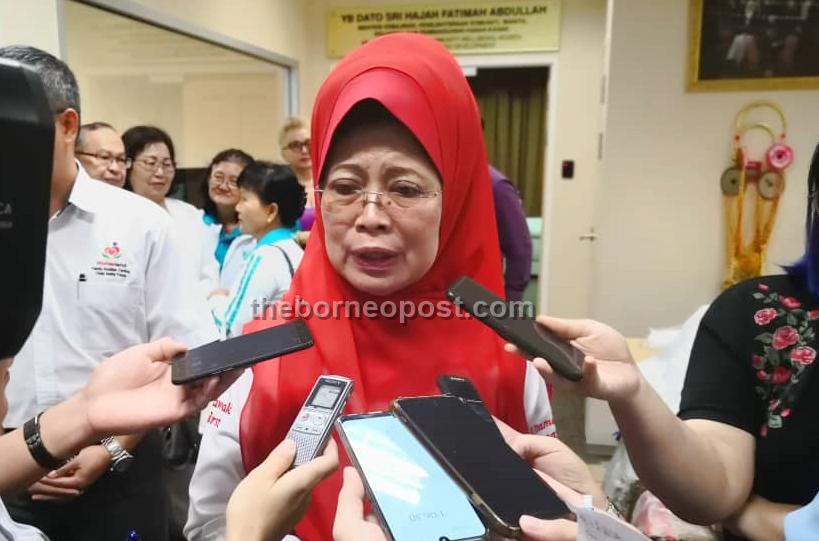 KUCHING: The public have been urged to lodge a police report if they witnessed individuals who they suspect are illegally soliciting funds in public areas.

In making the call, Minister of Wellfare, Community Wellbeing, Women, Family and Childhood Development Dato Sri Fatimah Abdullah said the police report was crucial as it would enable the authorities to conduct investigations.

Fatimah, who is also Dalat assemblywoman was responding to a public query after a few individuals who claimed to be part of a hearing-impaired group from China, were seen selling key chains to unsuspecting patrons in exchange for money for the purpose of charity in public places.

In quoting Section 3 (1) of the Public Collections Ordinance 1996, Fatimah said that it was an offence for an individual to solicit donations from the public without going through proper channels and with the absence of proper license.

“One must obtain a license to operate any kind of activity especially involving the collection of funds from the public – it is an offence for them to proceed with the conduct without it.

“If activities such as these were to be done, the ministry alongside the related NGOs will publicise such an effort and it will be done through proper channels.

“I have discussed this issue with the police and it has been decided that an official report should be made in order for this issue to be investigated further – we would like to know the exact localities of where these people would operate.

“Therefore, I urge members of the public to lodge an official complaint or a report with the police if they happen to witness these individuals doing so,” Fatimah told reporters during a press conference after a meeting held at Parti Bumiputra Bersatu (PBB) headquarters here yesterday.

Meanwhile, the Sarawak Deaf Sports Association had recently issued a statement, stating that individuals claiming to be part of a hearing-impaired group from China were not related to the association or any of its various programmes.