Monday, July 13
You are at:Home»News»Tiong to Lim: Step down as minister or apologise to S’wak for making ‘irresponsible statement’ 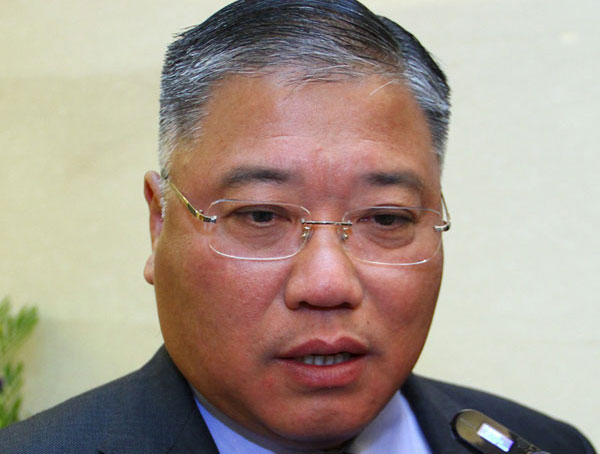 Tiong who is Bintulu MP, said Lim’s unsavoury remarks only went to show “how ill-suited he is for the minister’s post”.

Lim should be held liable for attempting to drive down investors’ confidence and potentially curtail any influx of investments that could have done much to accelerate the state’s economy, he added.

“If Lim is a sincere and responsible leader, the only recourse for him should be to step down as Minister. At the very least, he must issue a formal apology to the state of Sarawak for his irresponsible statement.

“Otherwise, he is merely a politician who issues misleading statements in a zero-sum game of undermining the state’s economy for selfish political mileage,” said Tiong in a press statement today.

He was responding to Lim’s recent statement that Sarawak will go bankrupt in three years if Gabungan Parti Sarawak (GPS) remains in power.

He said Lim’s fallacious statements undermined the confidence that the people and external observers must have in the person in the post of Finance Minister whose mandate was to steer the nation’s financial health and security matters.

In this matter, Lim has displayed poor mastery of the most fundamental and basic of financial management for saying Sarawak’s reserves of RM31 billion would be used up in three years, he added.

“Having a ‘budget deficit’, which is a normal state of affairs for a country’s finances, is in no way heading towards bankruptcy. If this is the case, Lim should go ahead and declare Malaysia a bankrupt nation now. But the reality is the previous federal government has run and grown the national economy on a budget deficit for years.”

“On the contrary, Sarawak has recorded budget surpluses over a number of years, including RM110.1 million for last year (2018) against a revenue of RM7.2 billion and ordinary expenditure of RM7.09 billion.”

Furthermore, Sarawak had forecasted a reasonable surplus of RM122 million on the back of 4.6 per cent growth in 2018, and forecast nationwide growth of 4.9 per cent in 2019, Tiong pointed out

Besides that, he said the Auditor-General of Malaysia had accorded Sarawak with an unqualified report for the past 17th consecutive years.

International rating agencies including Moody’s and Standard and Poor’s have reaffirmed Sarawak’s commendable investment credit rating at A3 and A-, respectively, he added.

“But in contrast, since taking over as Minister, Lim Guan Eng’s management methods and statements have been nothing short of controversial and speculative,” said Tiong