Saturday, July 11
You are at:Home»Business»Prosper-thy-neighbour policy can forge strategic alliances 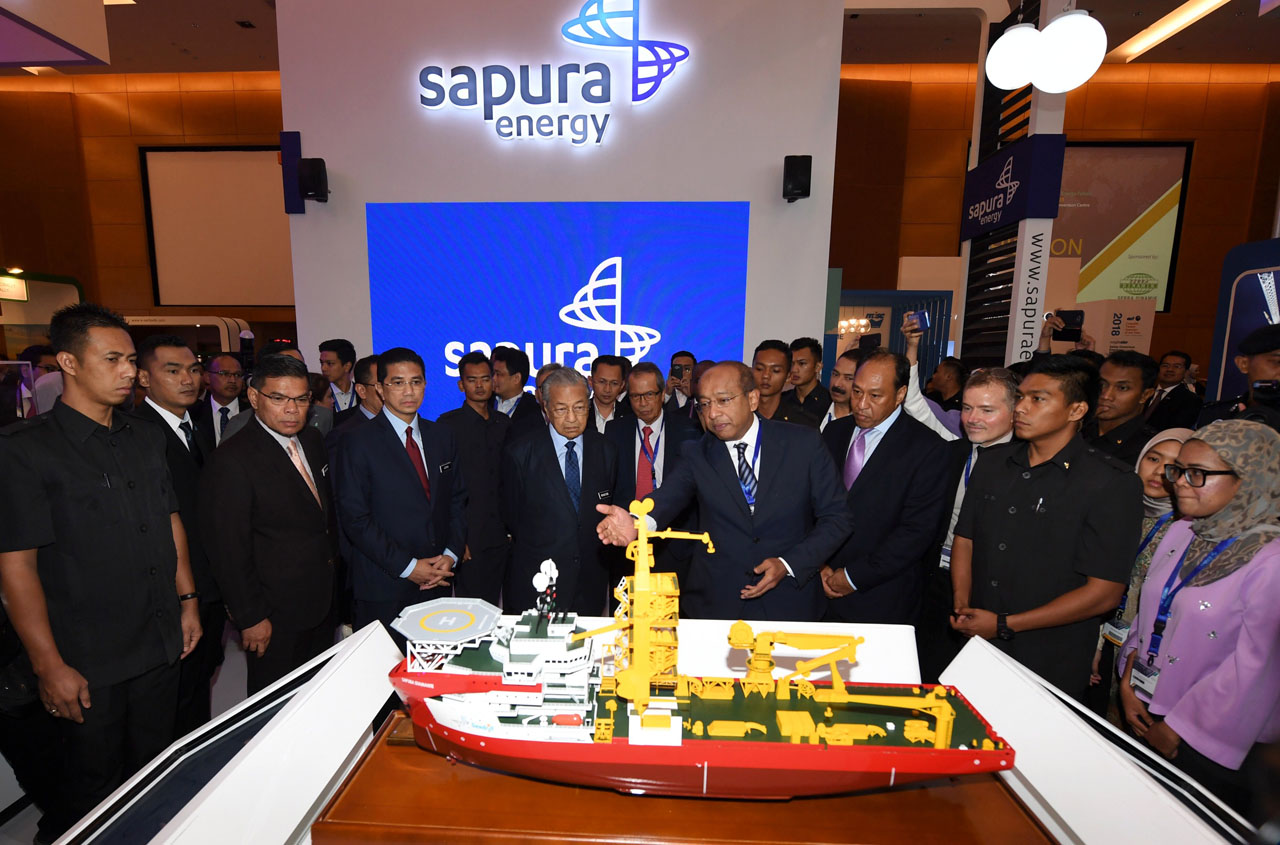 Mahathir visits a booth during a tour of the Asia Oil and Gas Conference 2019 yesterday. — Bernama photo

KUALA LUMPUR: Malaysia must recognise the potential of its neighbours to forge strategic alliances on the back of a Prosper-Thy-Neighbour policy that promotes the concept of shared prosperity, Prime Minister Tun Dr Mahathir Mohamad said yesterday.

The strategic alliances according to him would lead to a new energy future that was sustainable and secure for generations to come.

“The growing industrialisation of emerging economies such as China, India and Southeast Asia will require energy to fuel their growth,” he said during the opening of Asia Oil and Gas Conference 2019.

He said today’s world is confronted with increased concerns over the sustainability of global economic growth in the face of rising financial, political, social and environmental challenges.

“As nations progress towards a robust global economy, we see improvements in life expectancy rates, literacy and livelihoods. These can result in predictable consequences,” he added.

Although reliance on fossil fuels are expected to remain intact, Asia has made great strides in utilising less carbon-intensive fossil fuels such as natural gas, said Dr Mahathir.

According to the International Energy Agency (IEA), global energy consumption in 2018 increased at nearly twice the average rate of growth since 2010.

As a result, energy companies must adjust their strategies and practices to navigate the policies and regulations adopted by countries that are aligned for example, to the United Nations Sustainable Development Goals framework and the Paris Agreement on emissions target, he added.

“Having said all these, Asia, however, continues to position itself as a dynamic and vibrant market despite facing common challenges in the rising demand for energy, expanding energy access and meeting climate commitments.

“For Asia to develop, the countries in the region must explore a range of options to improve energy efficiency and affordability by diversifying their energy mix,” he added.

Tun Mahathir said the oil and gas industry was a cyclical business as history has shown that the ability to respond quickly with systematic and coherent strategies is necessary for longevity.

“Indeed, the Middle East is as turbulent as it was back then in spite of, or because of the success of the Western powers and their allies in affecting regime changes in the region and forcing the acceptance of what they defined as democracy, he added.

“Whether we acknowledge it or not, the military expeditions of 2003 used democracy as their cause when it is widely accepted that it was merely a camouflage, a pretext to take control over the production of oil in these nations,” he added.

While the turmoil of 2003 and the subsequent years remain unabated, the world was now facing an unprecedented economic crisis caused by the US-China trade war.

“At this point in time we will not know how it will fan out but even as it is, numerous casualties have fallen along the way and we can expect more to fall if it persists,” said Dr Mahathir.

In the Gulf, he pointed out the games of provocation create more uncertainties and these have definitely increased the stress on doing business and surely the oil and gas industry is and will be affected. — Bernama