Thursday, July 16
You are at:Home»News»Sarawak»‘Awareness needed to arrest rise in online scams’ 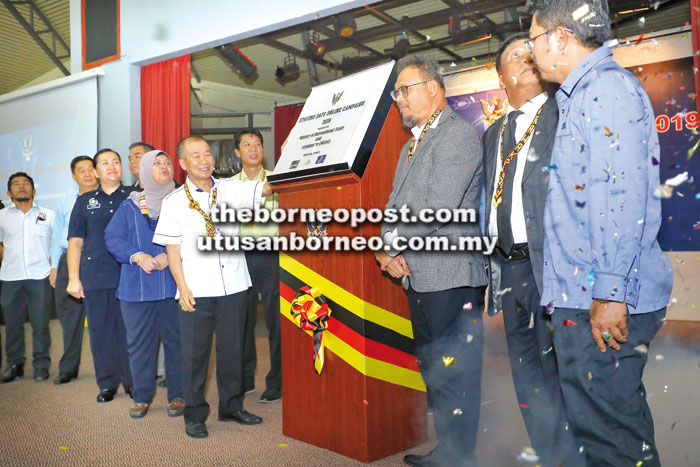 KUCHING: Greater awareness on cybercrimes needs to be promoted at all levels of society to address the increasing number of people falling for online scams, says Assistant Minister of E-Commerce Datuk Mohd Naroden Majais.

According to him, people in urban and rural areas need to be made aware of the existence of such crimes to prevent them from suffering financial loss or emotional distress.

“While technology has brought great convenience and innovations into our life, some irresponsible parties, however, choose to abuse the platform for their selfish purposes,” he said when officiating at the ‘Staying Safe Online Campaign 2019’ at Kota Samarahan Civic Centre yesterday.

The programme, organised by the Ministry of International Trade and E-Commerce is aimed at spreading information on the pitfalls that lie in social media, especially in today’s era where internet and mobile technology affect every part of people’s life.

Naroden also warned members of the public to refrain from uploading sensitive personal details onto social media platforms as such information might end up in the wrong hands.

In addition to love-related scams, she said there were 64 cases of ‘Macau Scam’ recorded over the same period involving losses of about RM4 million.