Wednesday, May 27
You are at:Home»World»Ex-Hong Kong leader Tsang cleared of misconduct conviction 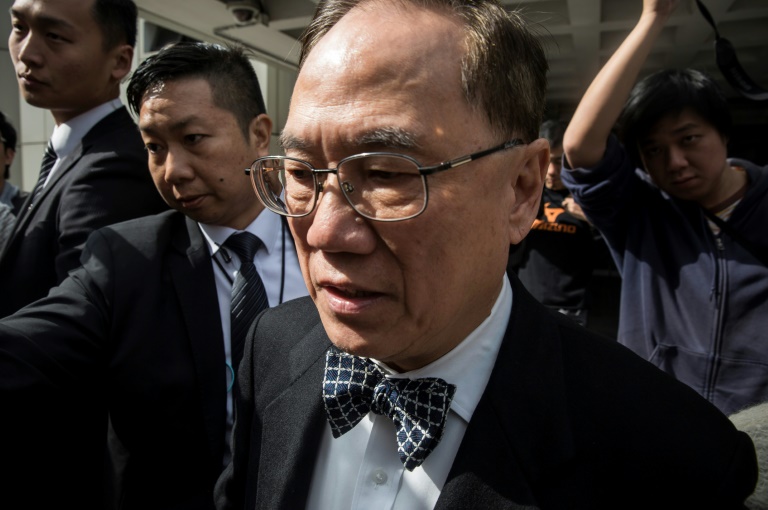 Donald Tsang who held the leadership post of chief executive for seven years from 2005, was the most senior city official ever to be convicted in a criminal trial and the highest-ranking one to be put behind bars. – AFP file photo

Former Hong Kong leader Donald Tsang saw his misconduct conviction quashed by the city’s top court on Wednesday, the final twist to one of the financial hub’s most high-profile corruption cases.

Tsang was jailed in 2017 after being found guilty of failing to disclose his plans to lease a luxury flat from a major investor in a broadcaster, which was later granted a licence from the government while he was leader.

The 74-year-old, who held the leadership post of chief executive for seven years from 2005, was the most senior city official ever to be convicted in a criminal trial and the highest-ranking one to be put behind bars.

But on Wednesday he was exonerated by the Court of Final Appeal which quashed his misconduct in public office conviction, ending a seven-year legal ordeal.

Tsang, who was released from jail in January on health grounds, was not present in court for Wednesday’s verdict. But he issued a statement.

“Seven years of tangled legal battles have finally ended. My heart is filled with gratitude,” Tsang said, adding much of his savings had been swallowed up by the court cases.

The unanimous decision overturned two lower court rulings which found that his failure to make a declaration of interest over the flat deserved steep punishment because of the high office he held.

The acquittal revolved around improper directions given by the trial judge to the jury over the misconduct charge, given jurors had cleared Tsang of a more serious bribery offence.

It is a major blow for the city’s anti-corruption watchdog which has long been accused by critics of being toothless and has now seen its most famous conviction collapse.

Tsang was Hong Kong’s second leader after the 1997 handover to China and was regarded as something of a safe pair of hands who carefully steered the financial hub through the global economic meltdown caused by the 2008 crash.

Tsang’s trial came at a time when residents were losing faith in Hong Kong’s leaders after a string of corruption cases fuelled suspicions over links between public officials and business figures.

His successors CY Leung and current city leader Carrie Lam have found themselves beset by dismal poll ratings fuelled by the perception that they have embraced Beijing’s push in recent years to stamp down on freedoms and dissent within the semi-autonomous hub.

The city is currently being rocked by its worst political unrest in five decades, sparked by a deeply divisive and now postponed plan by Lam’s administration to allow extraditions to the Chinese mainland.

Huge crowds have rallied against the plans, fearful that the move would leave locals and foreigners in the international hub at risk of China’s notoriously opaque and politicised legal system. – AFP