Friday, July 10
You are at:Home»News»Nation»King stops motorcade to help accident victim in Putrajaya 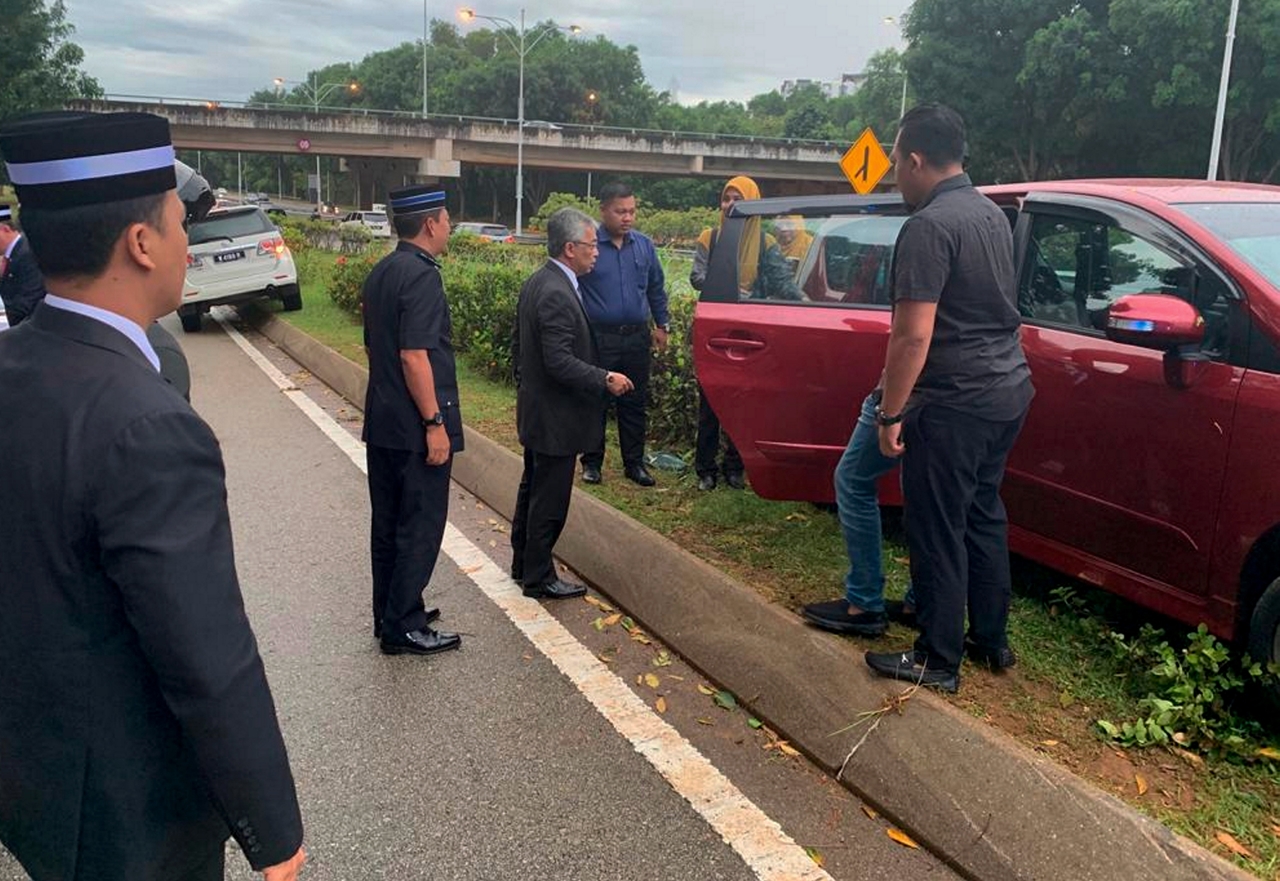 The Yang di-Pertuan Agong Al-Sultan Abdullah Ri’ayatuddin Al-Mustafa Billah Shah (third left) stopped by the accident scene this morning to check on the driver of the red Perodua Alza car when he was heading to Istana Melawati. – Bernama photo

PUTRAJAYA: An accident victim here received some unexpected royal intervention and help here today, in the form of the King himself.

Pictures of the Yang di-Pertuan Agong Al-Sultan Abdullah Ri’ayatuddin Al-Mustafa Billah Shah stopping by the accident scene this morning and checking on the driver of the red Perodua Alza car immediately went viral on social media.

“His Royal Highness Yang di-Pertuan Agong alighted from his official car to help an accident victim in the vicinity of Putrajaya.

“Alhamdulillah, the driver of the car, Puan Jasliza Jamil was not seriously hurt,” a posting on Istana Negara’s official Instagram account stated.

The same posting said that His Majesty later continued the drive for his pre-Cabinet meeting with Prime Minister Tun Dr Mahathir Mohamad at Istana Melawati in Putrajaya.

It is tradition for the Prime Minister to seek an audience with the King before chairing the Cabinet meeting every Wednesday.

Rosly said Jasliza, 38, had lost control of the wheel and crashed her vehicle at about 7.20am.

He said the victim was headed to her office in Precinct 2 from Gombak.

“It was drizzling at the time, and she lost control of the vehicle before crashing into the divider railing,” Rosly said.

He said the King, who happened to be passing by the same route, stopped to check on the victim.

“The Yang di-Pertuan Agong was very concerned and also helped the victim. His Majesty then continued his journey to Istana Melawati,” Rosly said. – Bernama