Friday, July 10
You are at:Home»News»Nation»RM3.1 mln transaction to Azmin’s account does not exist – MACC 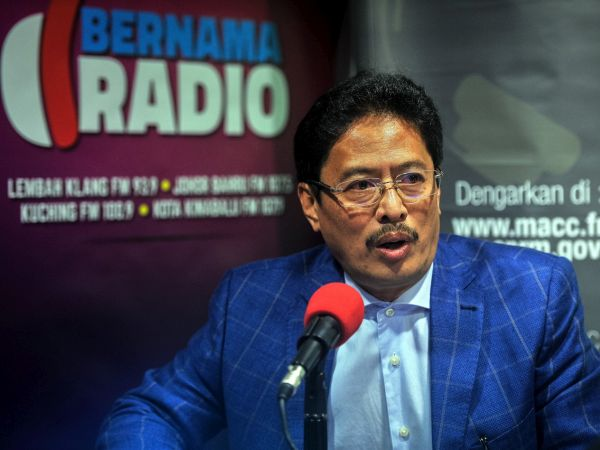 He confirmed the nonexistence of the alleged transaction and the account bearing Mohamed Azmin’s name after an investigation was carried out following a police report lodged by UMNO supreme council member Datuk Lokman Noor Adam earlier this month.

“We discovered that the transaction between the accounts and the accounts themselves do not exist,” he said today when responding to a question from the media on the update of the case at the Kuala Lumpur Court Complex here.

Azam also disclosed that the MACC investigation also found that there was no so-called Deutsche Bank account in Mohamed Azmin’s name said to be opened back in September 2012.

He also said the MACC would call more people to record their statements on the case, but declined to name them.

On June 11, Datuk Lokman Adam filed a report to the MACC alleging that UEM transferred US$741,440 into a Malayan Banking Berhad account bearing the name of  Mohamed Azmin, who is also PKR deputy president, on Dec 19, 2017.

In refuting the claim, UEM said it did not have an account with the bank’s main branch in Kuala Lumpur, nor with the account number that went viral on social media, while Maybank had also refuted the claim and said that the document was forged. – Bernama