Thursday, August 6
You are at:Home»News»Motorcyclist succumbs to injuries after accident 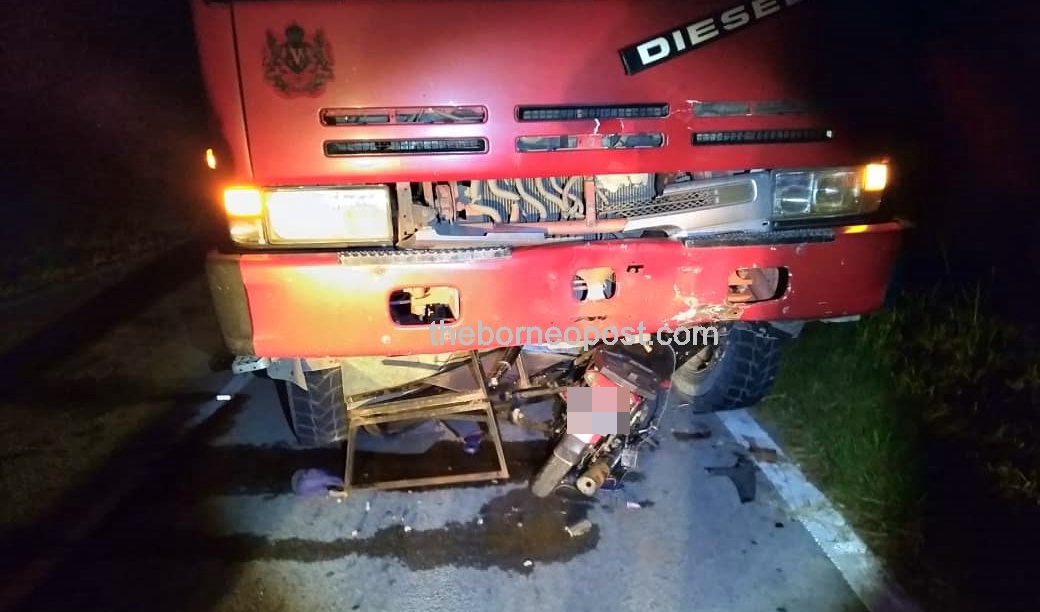 The motorcycle that is pinned under the lorry at the scene of the accident.

KUCHING: A motorcyclist succumbed to his injuries at the Asajaya clinic after he was involved in an accident at KM31 Jalan Kota Samarahan – Sadong Jaya around 8pm last night.

His pilion rider, who was only identified as Ismail, is currently being hospitalised at the Sarawak General Hospital (SGH) with serious injuries.

“The accident took place at a bend when the motorcyclist is believed to have lost control of his machine and collided with a lorry which was heading to Kota Samarahan in the opposite lane,” said Alexson in a statement today.

Due to the impact, the motorcycle was pinned underneath the front section of the lorry, he said.

According to him, the lorry was driven by a 53-year-old man from Kampung Triboh, Serian who was unhurt in the incident.

“This case will be investigated under Section 41(1) of the Road Transport Act 1987 for causing death by reckless or dangerous driving,” he said.

The deceased’s body has been handed over to the forensics unit at the SGH.