Tuesday, November 24
You are at:Home»News»Six arrested for trying to prevent police from discharging their duties at Kpg Lereng Bukit 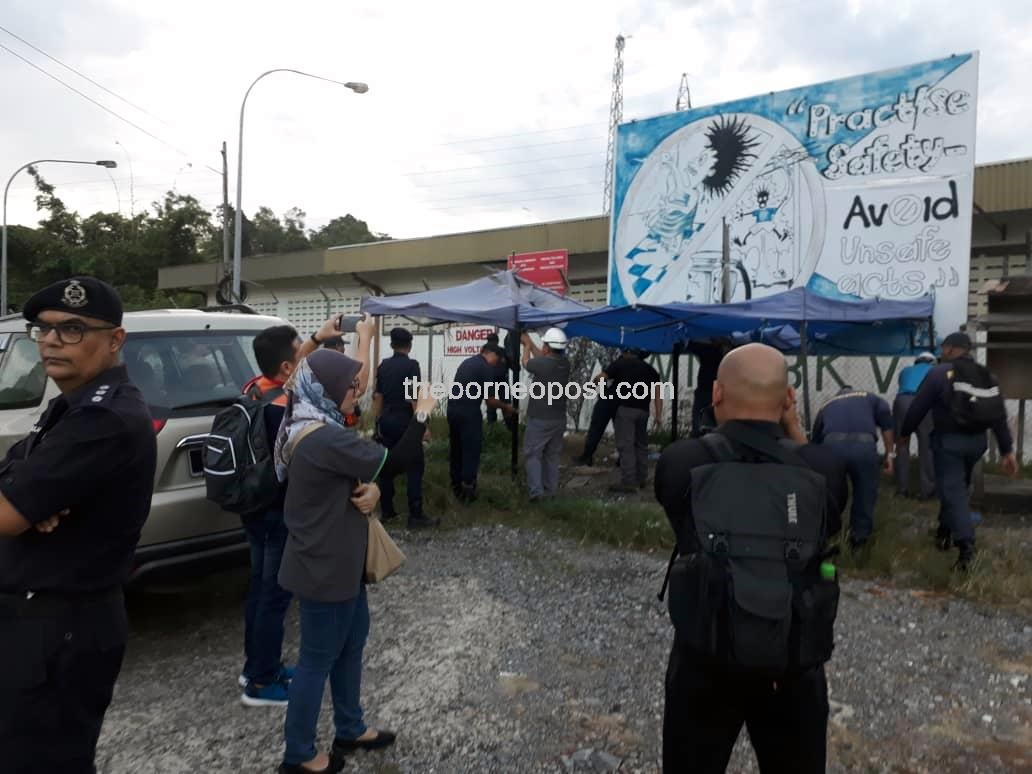 Police team dismantling the illegal tents in front of a substation at Kampung Lereng Bukit earlier this morning.

MIRI: Six individuals were arrested for trying to prevent a police team from carrying out their duties at Kampung Lereng Bukit here earlier today.

During the 6am incident, the police had carried out an operation to assist the Land and Survey Department and Sarawak Energy Bhd (SEB) to open an illegal barrier in front of a substation that has been erected by the village residents.

According to Miri District police chief ACP Lim Meng Seah, the suspects, believed to be a family of four men and two women, had prevented Sarawak Energy (SEB) staff from doing their work, by blocking the entrance to the substation with their vehicle so that the SEB vehicle could not enter.

“This group of individuals have been advised to relocate their vehicle but they refused to obey the police directive. Eventually the police had arrested them and they were taken to the police station,” he said.
Lim.

Lim said they were being investigated under Section 186 of the Penal Code for obstructing civil servants from discharging their duties.