Friday, July 10
You are at:Home»News»Sabah»Warisan candidate fails to challenge victory of Sipitang MP 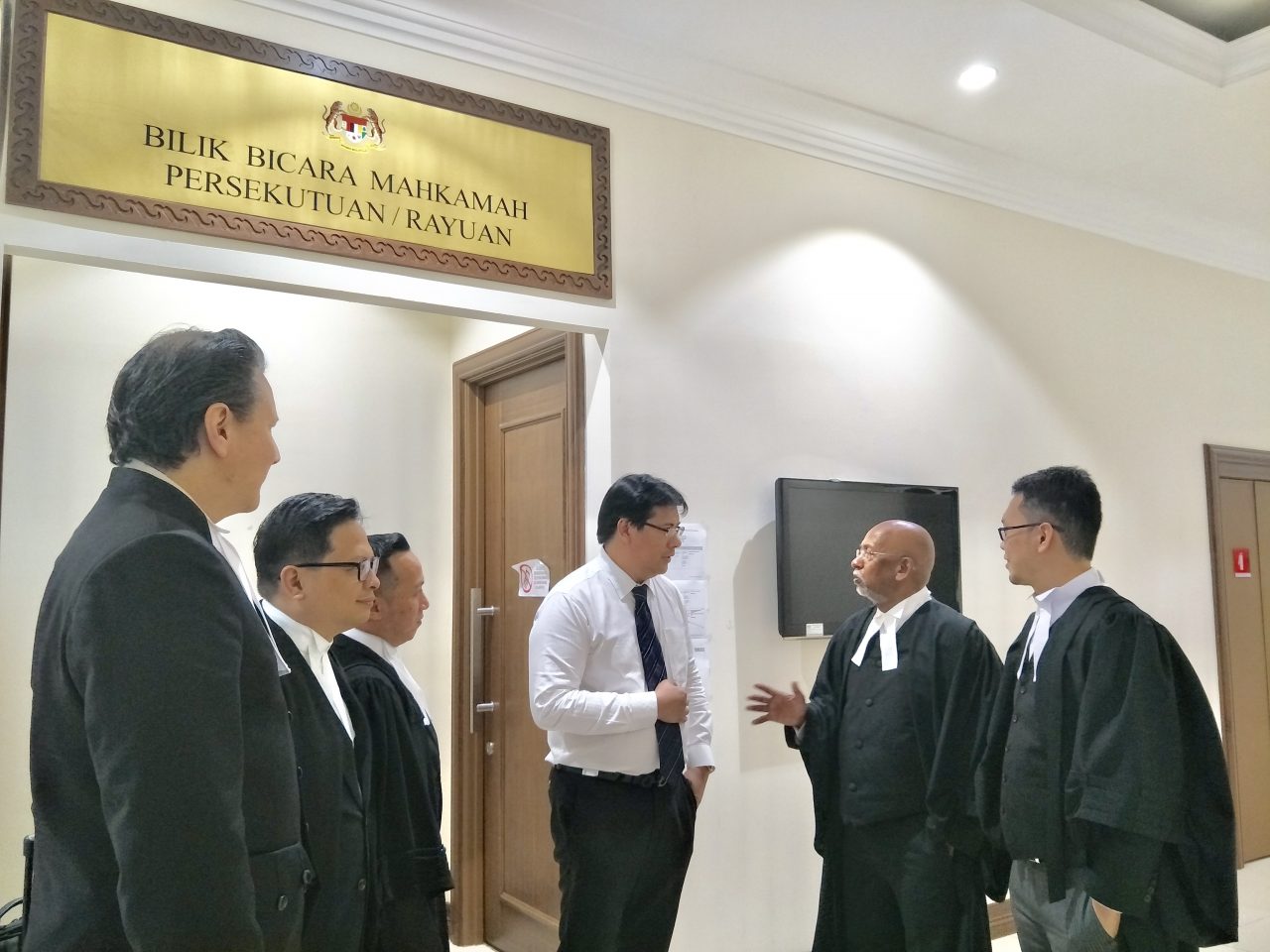 Yamani (third right) listening to an explanation by his lead counsel Jeyan (second right) regarding the court’s decision. Also seen are the other counsel of Yamani, Rizwandean (second left), Mohd Reduan (third left) and Azhier (right).

KOTA KINABALU: Parti Warisan Sabah candidate for Sipitang failed in her last resort to reinstate her election petition, challenging the victory of Sipitang member of parliament in the 14th General Election, for a trial after the Federal Court here yesterday dismissed her appeal.

The judges ordered Noor Hayaty to pay RM40,000 to the first respondent Yamani Hafez, who is the son of former Sabah Chief Minister Tan Sri Musa Aman, and RM15,000 each to the second and third respondents, respectively, who were the returning officer and the Election Commission (EC).

Noor Hayaty was appealing against the Election Court’s verdict of striking out the petition for the second time on the first day of its trial due to her application to postpone the trial proper was disallowed on April 8.

The first time the Election Court here struck out the petition was on October 15, 2018.

Due to the first striking out of the petition, Noor Hayaty had appealed to the Federal Court in Putrajaya, which allowed her appeal on February 18, and ordered for a trial of the petition.

Noor Hayaty had filed her petition on June 18, 2018, and named Yamani, Sipitang returning officer and EC as the first, second and third respondents respectively.