Monday, July 13
You are at:Home»News»Sabah»Attempt to smuggle in syabu at Tawau airport thwarted 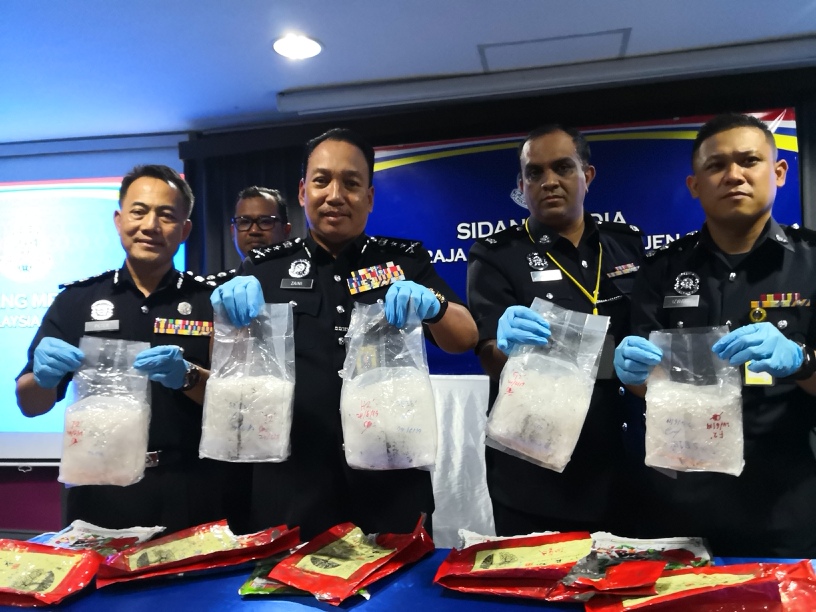 KOTA KINABALU: A Sarawakian was apprehended at the Tawau airport on Monday on suspicion of smuggling in 5.3 kilograms of syabu.

Sabah Deputy Commissioner of Police Datuk Zaini Jass said the arrest was made at the arrival hall of Tawau airport about 3.45pm.

“The suspect was carrying a silver bag when he arrived from Kuala Lumpur. When the suspect’s hand luggage was inspected, police found five plastic bags of ‘Big Bang Grilled Seaweed’. Upon further inspection of each of the five plastic bags, police found in each bag another plastic bag with the markings ‘Chinese Tea Gift’ and inside these tea gift bags were a crystal-like substance believed to be methamphetamine or syabu,” Zaini told a press conference at the state police headquarters in Kepayan yesterday.

The total weight of the drugs was 5.3 kilograms with street value of around RM266,250.

Zaini said the suspect claimed to have obtained the drugs from Kuala Lumpur and was paid RM60,000 to smuggle the drugs into Tawau.

Police are now trying to identify the mastermind.

The suspect has been remanded for investigation under Section 39B of the Dangerous Drugs Act 1952, which carries the mandatory death penalty upon conviction.