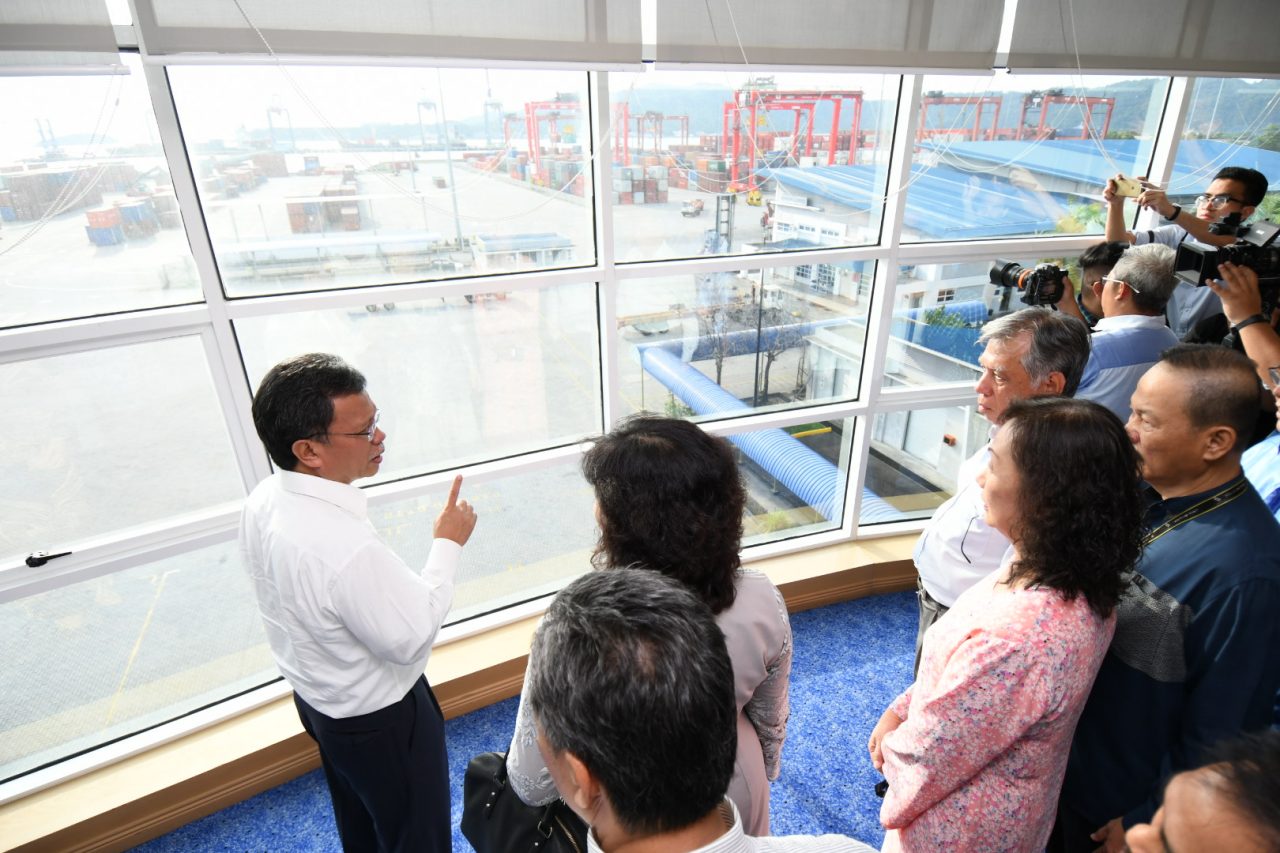 Shafie (left) being briefed by Ibrahim (centre) on the daily operations of Sabah Ports.

SEPANGGAR: With the right policies in place, the port sector in Sabah has the potential to compete with the likes of Singapore and Philippines, said Chief Minister Datuk Seri Shafie Apdal.

“Location wise, we (Sabah) are nearer to China, Japan and Hong Kong. In terms of costs, there is already a 50 per cent reduction on box handling,” said Shafie.

Speaking at Suria Capital’s open house at Wisma Sabah Ports yesterday, Shafie stressed that it was important for the state to monetise its resources for the betterment of the people.

In this regard, Shafie called on Sabahans to employ the right mindset — to move and ‘wake up from their sleep’.

“Ports are definitely one of the most important components to realise this,” added Shafie, who is also the Finance Minister.

He also said Sabah should capitalise on its resources such as gas, oil, logs and so on so that it could position itself as one of the most dynamic and developed states in Malaysia.

As Sepanggar is a very busy and congested district, Shafie reckoned that there is a need for it to improve its facilities, especially with regard to its cargo services and infrastructure.

“We have to build a railway line that connects Sepanggar Bay with its connected areas so it would be easier for us to export goods. If we only rely on lorries and tankers, the roads would be congested and the volume (of goods) may be limited.

“With railway lines, we would even be able to accommodate tonnes of goods – the costs would be lesser. We have to look forward so that these facilities can be installed,” he said, using Kuala Lumpur as an example.