Tuesday, August 11
You are at:Home»News»Sabah»KK Port to be transformed into cruise and ferry terminal 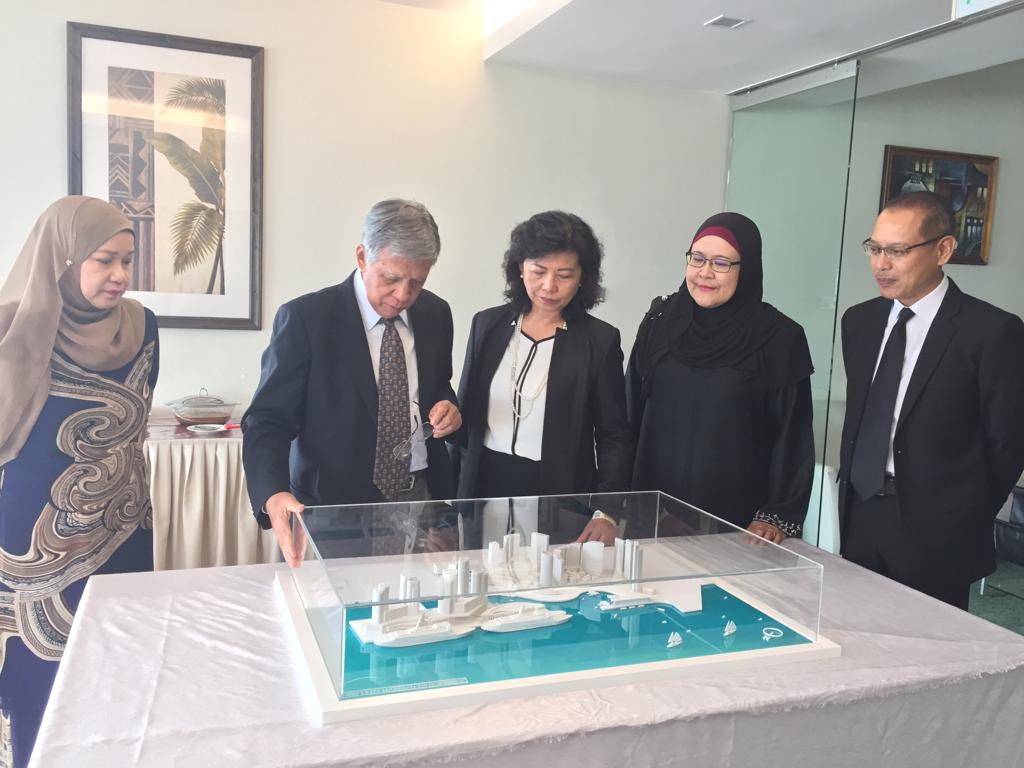 Its chairman, Tan Sri Ibrahim Menudin, said that a long-term plan had been laid out to transform the entire Kota Kinabalu Port as the state capital’s new city focus – to be dubbed as the Jesselton Waterfront City – expected to take place within the next eight to ten years.

“The major transformation of the Kota Kinabalu waterfront will be the game changer to re-create the Kota Kinabalu City skyline and ultimately elevate the competitiveness of the City in attracting domestic and foreign investments,” he added.

Among those present in the event were Group Managing Director Ng Kiat Min and Chief Financial Officer Noorida Baharuddin.

Separately, on the first phase of the Jesselton Quay Central, Ibrahim said that the four-acre development would consist of two towers of 25-storey commercial suites (CityPads), one tower of i-hotel, Gallery Shoppes, a recreation club and carparks.

He said that the reception of the two towers of CityPads had been very encouraging, registering a sale of 94% thus far.

He disclosed that the Jesselton Quay Central is expected to be completed by end of 2020.

“As for the One Jesselton Waterfront development, which consists of retail malls, hotels, service suites and offices, construction is expected to commence in the first quarter of 2020,” he added.

On another development, Ibrahim said that, Suria, through its engineering arm is currently involved in a RM49.5 million railway upgrading project which links Halogilat Station to Tenom Station for a total distance of 27 kilometres.

“There had been many challenges in the implementation of the project, particularly in sourcing materials and getting payments for the progress works done. Nevertheless, Suria will target to complete the project by end of 2019,” he said.