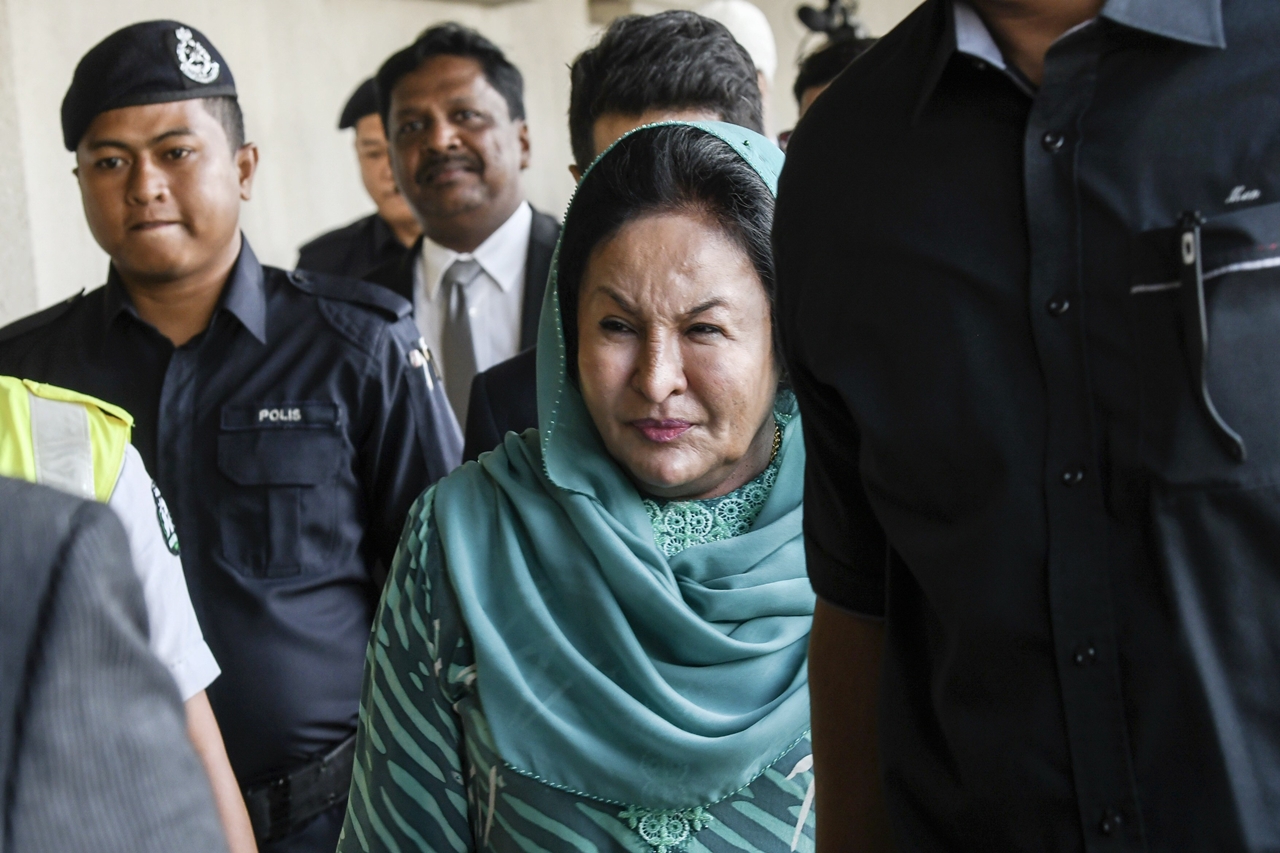 Rosmah during one of her previous court appearances. Bernama File Photo

KUALA LUMPUR: The case of Datin Seri Rosmah Mansor, wife of former prime minister Datuk Seri Najib Tun Razak, over a solar hybrid project for rural schools in Sarawak will be heard in the High Court.

Ahmad Akram informed the court earlier that Rosmah’s counsel, Datuk Akberdin Abdul Kader, did not object to the application.

The date of the case management is to be determined later.

She was allegedly given the money for assisting Jepak Holdings to obtain a solar hybrid project for 396 rural schools in Sarawak through direct negotiations with the Education Ministry.

She allegedly committed the offence at her home in Jalan Lang­gak Duta, Taman Duta here, on Dec 20, 2016. – Bernama

Previous Article‘Sick’ projects will be completed, agencies urged to speed up work – Baru
Next Article Fuel prices: RON97 up 11 sen, others unchanged