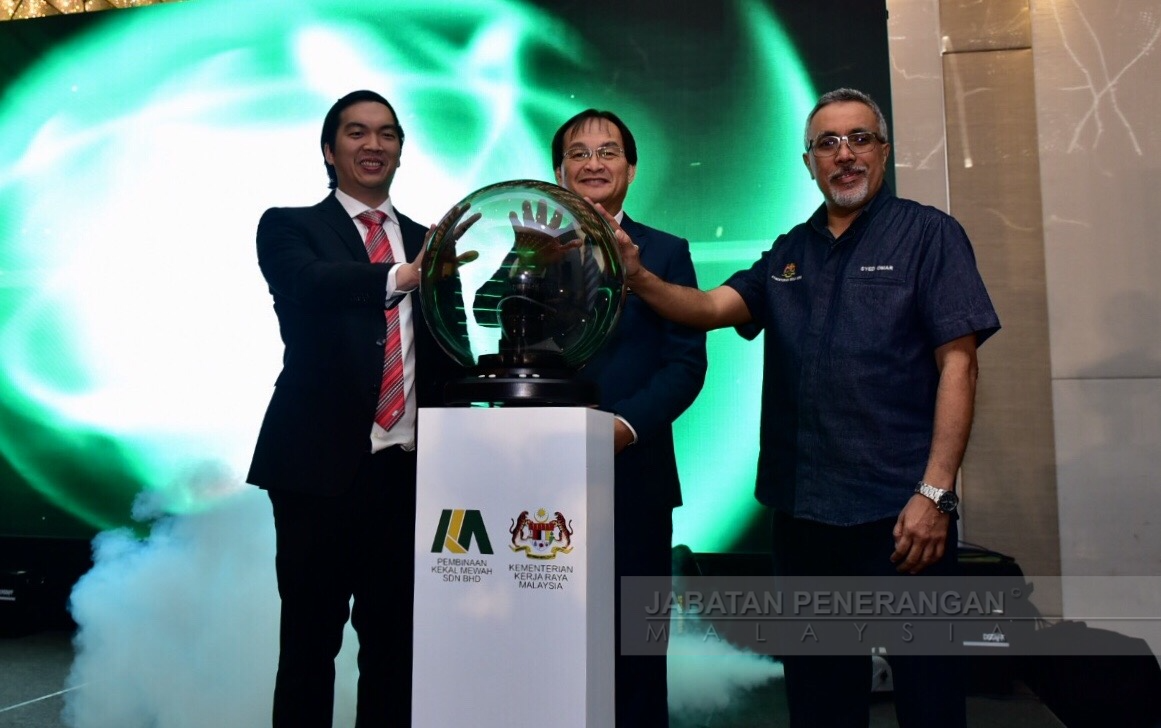 He said the access was made possible with the Pan Borneo Dashboard that the minister launched here yesterday.

Baru in his speech said the Pan Borneo Dashboard had been entirely developed in the private sector by work package contractor Pembinaan Kekal Mewah (PKM) with the close support and encouragement of the Works Ministry.

He explained that the Pan Borneo Dashboard is a one-stop digitalized platform used to aid in the successful implementation of the construction of the mega highway as it enables all the vital dynamic information, processes, data and files which are streamed live from the project to be loaded onto a simple-easy-to-use platform which is accessible to all stakeholders involved in the project.

Information related to the Work Package such as project progress, material status, land information and manpower are updated live on the management graphs and counters enabled an online monitoring of the progress of the work packages’ contractors and also all agencies involved, he added.

According to him, the Global Information Systems (GIS) tracked highway map would enable a tracking and monitoring of the land acquisition and utility movement, which is the biggest challenge of the Pan Borneo Highway construction.

Detailed information on the land issue such as the terrain, compensation and documentations are accessible in the system, he pointed out, adding that such system is crucial in ensuring a smooth and timely progress of the Pan Borneo Highway construction.

“The earlier the project is completed, the earlier Sabahans could enjoy the first toll-free highway in Sabah that is on par with our friends in Semenanjung that would further enhance the road connectivity here in Sabah.

“An improved road infrastructure in Sabah through this Pan Borneo Highway project would help boost the socio-economy of the people and promote tourism industry through the interconnected road that links Sabah, Sarawak and Brunei.

“The Industry 4.0 is still evolving exponentially, disrupting almost every industry in every country, and no one knows how it will unfold. Although it is hard to anticipate the velocity of the disruption, impressive progress has been made in recent years,” Baru said.

He added, “without a doubt, continuously adapting to a new, fast-changing environment, form the way for us to move forward.”

He stressed that the government, especially the Works Ministry, welcomes suggestions and initiatives that could facilitate automation and innovation in the construction field.

Initiative like Pan Borneo Dashboard Application by Pembinaan Kekal Mewah Group was something that should be encouraged and applauded, Baru said.

He said this achievement is a proof that Sabahan construction firms can fight shoulder to shoulder against other prominent industry players by leveraging technology to empower and improve their methods while providing a platform that enables stakeholders to work together effectively, using a constant stream of data from connected systems that would ensure the success of this mega project delivered to the people of Sabah.

Speaking to the media later, Baru said that Pan Borneo Dashboard is historical for Sabah and he is happy to note that there are people from Sabah who are willing to take the lead in this innovation.

“I have been informed there is a similar innovation for Pan Borneo Sarawak as well. This is something that encourages the ministry as it allows monitoring of the construction progress in real time.

“I am very impressed that issues can be identified and dealt with such as utilities removal as it is one of the biggest challenges faced by this kind of mega project throughout the country.

“I am also very impressed with the fact that you can deal with issues like flooding as with this technology you can go back and see what had actually happened to cause the blockage. You can organise and see how you can deal with the issue … real time action that can help the package owners and the ministry to supervise the whole project,” he said.

Meanwhile, Group Director of PKM, Jeremy Tan, said the company would be launching its ‘PKM Public Feedback Portal’ in middle of July for the public to submit any issues or complaints about the package of their project.