Monday, May 25
You are at:Home»News»Nation»Motion on asset declaration by Dewan Rakyat members to be tabled tomorrow 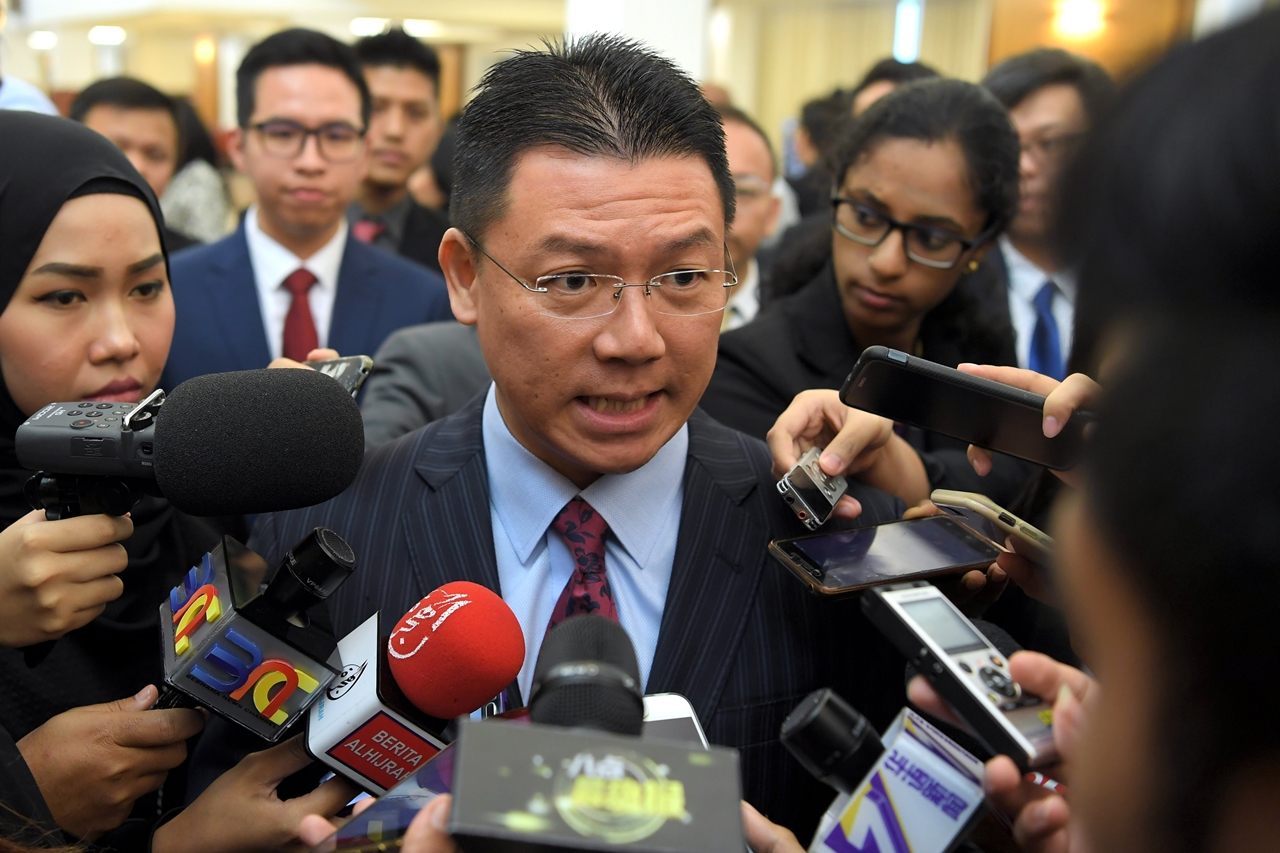 IPOH: A motion to compel all Members of Parliament to declare their income and assets to the Malaysian Anti-Corruption Commission (MACC) will be tabled in the Dewan Rakyat tomorrow, said Deputy Speaker Nga Kor Ming.

He said the motion, to be tabled by Minister in the Prime Minister’s Department Datuk Liew Vui Keong, was part of reforms in the government’s fight against corruption.

The Pakatan Harapan government had encouraged all MPs to declare their income and assets but opposition members were not receptive to the idea, he said today.

“The government waited for a year but no opposition members whether from Umno, MCA, MIC or PAS have declared their income and assets.

“If the PM (Tun Dr Mahathir Mohamad) has declared, why can’t other MPs do so?” he told reporters after attending the Perak Wanita DAP regular convention here, which was opened by Deputy Education Minister Teo Nie Ching, the National Wanita DAP deputy chief.

A check by Bernama at MACC’s Asset Declaration Portal at 2 pm today showed that 124 or 89.2 per cent of government MPs have declared their assets while not even one from the opposition has done so.

Nga, who is Perak DAP chairman and Teluk Intan MP, said if the motion was approved, legal action can be taken against any MP who failed to declare his assets.

He hoped that this compulsory declaration of assets can be extended to members of the Dewan Negara.

“With this move, we can improve the country’s standing in the Corruption Perception Index (CPI), which was at 61st spot in 2018,” he said.

About 100 delegates attended the convention which saw six motions being tabled and debated, including those calling on the government to increase subsidy for child care centres and facilities for old folks homes to ease the burden of families.

There was also a motion which urged the government to resolve the issue of stateless children. – Bernama