Saturday, August 20
You are at:Home»News»Sabah»Plenty of misinformation about Papar Dam 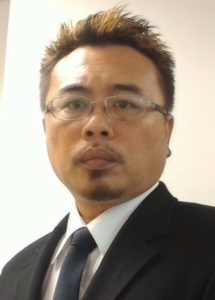 KOTA KINABALU: Pantau Penampang yesterday expressed concerns over the information being disseminated with regard to the proposed Papar Dam.

The hype of misleading information being circulated over social media will ultimately create unnecessary uneasiness among readers.

“This is not good and this is unhealthy,“ commented Pantau Penampang chairman Jo Nandu.

“It is true that during the previous BN government, Pairin proposed to build a mega dam (Kaiduan Dam), and that particular dam would have taken away several villages and many native farm areas. I know this first hand because I was there with the UN Rapporteur together with our Bantah Taskforce on 14 December 2013.”

Jo continued: “It was me who effectively created the online awareness through social media in 2008. Kaiduan was going to be a massive dam, and at that time Penampang already had Babagon Dam. We did not want two giant dams in Penampang.”

Jo stated that this is not the case with the proposed Papar Dam.

“The current government has taken into serious consideration crucial aspects such as  the size of the dam, how it’s going to best serve the people, where it should be located, and the government even specifically highlighted on minimising its environmental impact. Our fight was successful in that the CM affirmed that no land in Penampang will be touched by the construction of the Papar Dam and that the Papar MP as well as Peter Anthony (a Papar native)  also wholly supported for the Papar Dam to be built within Papar District.”

Jo said he was not particularly happy over how the Papar Dam was first announced and handled. He said that this is no small matter to look into or even mentioned merely for the sake of development.

“It was announced poorly. It wasn’t handled with care. When it was first announced it did not mention about looking after the interest of the people. It was bizarre and unprofessional.“

“If anyone has been following recent news, they will agree that if Toyota wants to build its assembly plant here in KK, they will need reliable basic facilities like stable electricity supply and stable water supply. But at the moment Sabah has the highest rate of power outages in the whole of Malaysia. Even water pressure is low in Papar, Benoni, Bongawan, Membakut, Beaufort, Sindumin, Weston, Menumbok and Kuala Penyu.”

Jo said he had spoken with many folks from these areas and they all want something to be done quickly about the frequent power outage and low water pressure.

He stated these are critical areas that needed water and power supply problems fixed, especially with the upcoming Kimanis LNG town, and the new Benoni Township currently being developed.

“It is not that the government does not want to venture into more green and environmentally friendly options, but the cost of importing this technology is very high, and Sabah needs investors to come in and start offering jobs for our locals first. You cannot expect big industries to start in Sabah if we can’t even provide basic facilities like electricity and water.”

Jo Nandu agreed that there should have been a dialogue with the people first. The ministry concerned together with its department should have made an effort to explain to the people so they understand the need for this dam and why it is vital for progress instead of bulldozing the issue.