Saturday, February 29
You are at:Home»News»Sabah»ESSCom contributes to national security in ESSZone – CM 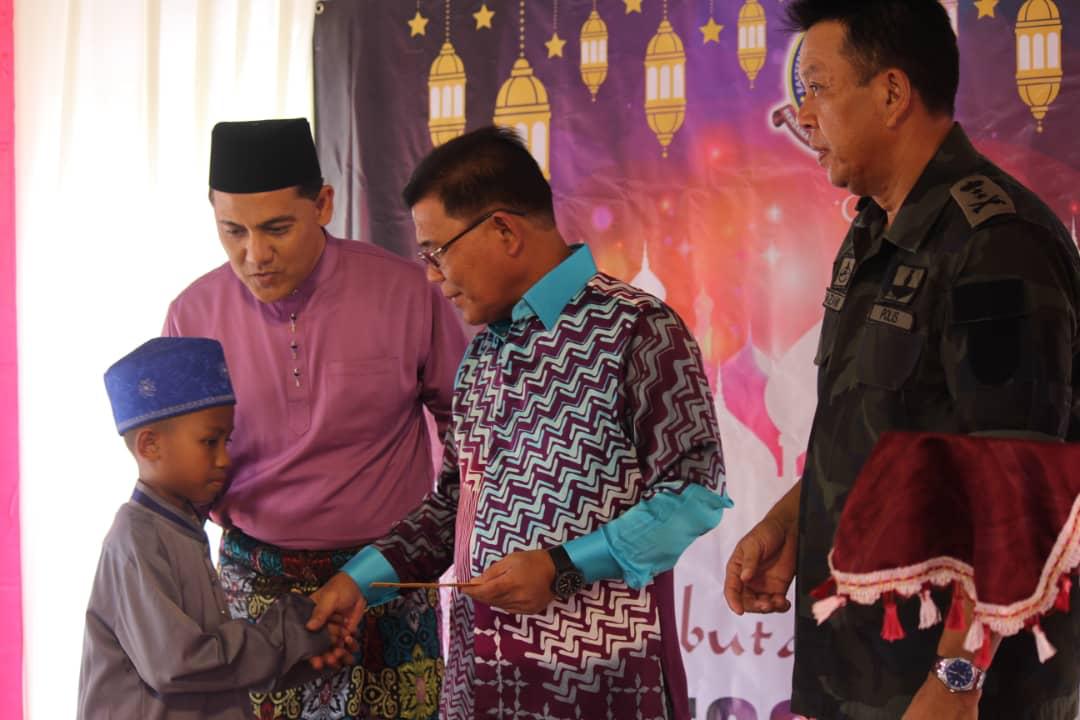 Arifin presenting ‘Raya’ money to an orphan while Hazani looks on.

Chief Minister Datuk Seri Mohd Shafie Apdal said the establishment of ESSCom also had a high impact on the security level in the ESSZone with a reduction in cross-border crime.

Shafie said ESSCom is also important in leading the front line in safeguarding the areas that are always prone to threats.

“ESSCom’s establishment has increased the people’s confidence on the security level in the areas thereby assuring the people to live in harmony.

“ESSCom’s presence is also giving a clear picture to the people that the government is always taking comprehensive and proactive initiatives to address the people’s problem, including the security aspect,” he said.

Shafie said this in his speech delivered by the assistant minister to the Chief Minister, Arifin Asgali, at the Civil Servants Meeting in conjunction with ESSCom Open House, yesterday.

The Chief Minister also urged media practitioners to play their roles in conveying news that could change the perception of the community on any issue, including security.

Media practitioners, Shafie said, should endeavour to foster peace, maintain harmony and avoid conflict besides dispelling fake news that could threaten the country.

“Media practitioners should highlight key areas of the security forces operations in carrying out security initiatives, such as the imposition of curfew orders, the purpose of enforcement of curfew should be understood by the public, and the public, as media users, must be wise in assessing the validity of any issue before spreading it,” he said.

In the meantime, Shafie said ESSCom will serve as a collaborative networking platform between government departments and agencies in efforts to safeguard security and the people, adding that collaboration between all government agencies is important to achieve higher impact.

Meanwhile, ESSCom commander DCP Datuk Hazani Ghazali, in his speech, hoped that no parties will manipulate security issues to cause fear and panic among the public.

Hazani added that ESSCom needed media practitioners to convey information to the people preferably after getting confirmation from the authority before sharing it to the public.