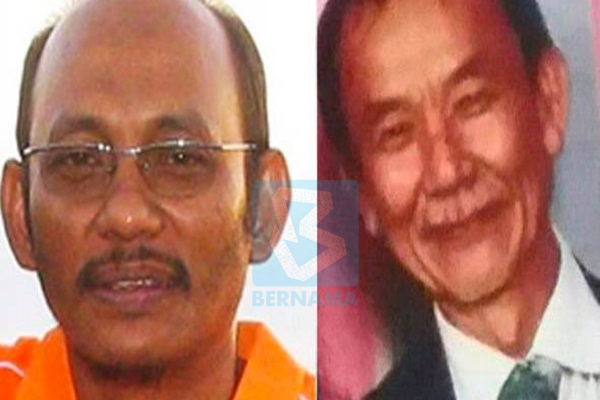 The Home Ministry said today that the former chief of the Royal Malaysia Police Legal Unit withdrew from the six-member team to preserve the integrity and transparency of the task force.

“Several NGOs questioned his appointment, saying that he is believed to have been directly involved in the cases pertaining to the disappearance of Koh and Amri.

“Such a claim is not true at all because he is neither a witness nor an investigating officer in the two cases.

“Mokhtar was appointed based on his professionalism and expertise as a former chief of the Royal Malaysia Police Legal Unit and he has extensive knowledge of police legislation that can assist the task force function well,” the ministry said in a statement.

The ministry expressed its gratitude to Mokhtar for his commitment in wanting to help seek justice for the families of the missing people and his willingness to consider the public views of his membership in the task force so as not to undermine the credibility of the investigation and the findings to be submitted subsequently.

It said Mokhtar’s replacement will be appointed soon.

Besides Mokhtar, the others appointed to the task force are Datuk Zamri Yahya (director of the Bukit Aman Integrity and Standards Compliance Department); Datuk Muhammad Bukhari Ab Hamid (director of the Operations Division of the Enforcement Agencies Integrity Commission).

Mohd Sophian Zakaria (legal officer in the Prosecution Division of the Attorney-General’s Chambers) and Mohd Russaini Idrus (under-secretary of the Police Force Commission).

Last April, a Human Rights Commission of Malaysia (Suhakam) public inquiry concluded that the Special Branch of the Royal Malaysia Police was directly responsible for the disappearance of Koh and Amri.

On May 23, the Cabinet agreed to set up the special task force.

Koh, 64, was reportedly abducted by a group of masked men while he was driving in Kelana Jaya, Selangor, on Feb 13, 2017, while Amri, 44, the co-founder of Persatuan Kebajikan Harapan Perlis, went missing on Nov 24, 2016. – Bernama