Saturday, July 4
You are at:Home»News»Sabah»Motion passed to sell land of Wisma Tionghua project 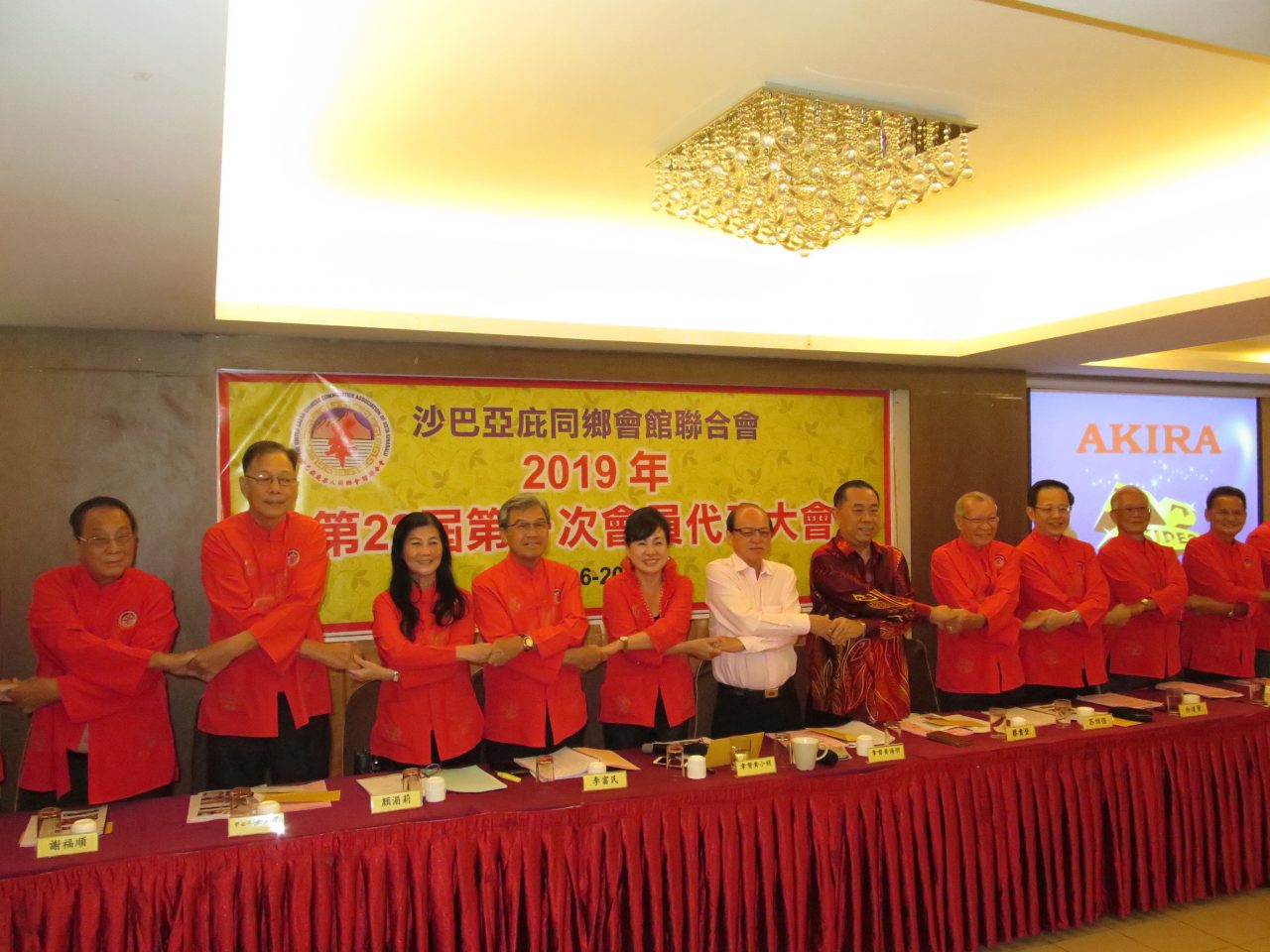 Wong (fifth left) and the chief delegates of the 15 member associations link their hands together to show the spirit of solidarity.

KOTA KINABALU: The land of the much delayed Wisma Tionghua project, jointly owned by the Sabah United Chinese Chambers of Commerce (SUCCC) and The United Sabah Chinese Communities Association of Kota Kinabalu (USCCAKK), may be sold to developer Arah Permai Sdn Bhd at RM40 million.

USCCAKK has passed a motion to sell the land at its annual general meeting (AGM) on Sunday, June 30.

Meanwhile, SUCCC president Tan Sri Andrew Liew Sui Fatt said the matter would be given due consideration and discussed before a decision was made when contacted yesterday.

Both USCCAKK and SUCCC will have to consent to selling the land in order to seal the deal.

One of points is Arah Permai’s offer to acquire the 2.7 acres of prime land in Karamunsing for RM40 million if USCCAKK and SUCCC give the nod by October 10 this year, and both the associations will not have to refund the RM2 million deposit and other expenses to the developer.

He said the developer had also agreed to pay the Conversion Premium and One Transfer fee. If the One Transfer fee is too high, the developer can request for the land owners to authorize the company to develop the land through the Absolute Power of Attorney till the project’s completion or the issuance of strata titles.

USCCAKK president Datuk Susan Wong Siew Guen said the association had discussed the developer’s interest to acquire the land in its committee meeting on April 10 this year and it was decided that the matter would be put to a vote in the AGM on Sunday.

All but one of the 15 member associations under USCCAKK, namely Kota Kinabalu Hakka Association, agreed to sell the land at RM40 million to the developer.

She said the selling price of RM40 million, in addition to the RM2.5 million deposit to both associations and One Transfer fee, RM8,224,000 in Conversion Premium, amounted to more than RM50 million, which was about the market price for lands in the city centre.

If the deal goes through, USCCAKK and SUCCC will receive RM20 million each.

Wong said the money obtained from selling the land could only be used for acquiring USCCAKK assets.

The proposed Wisma Tionghua project has been delayed for over 20 years before SUCCC and USCCAKK signed a joint venture agreement with Arah Permai on September 30, 2013 to develop the land. The development comprises a shopping mall, a five-star hotel, parking lots and a banquet hall.

Under the JV agreement, both USCCA and SUCCC are allotted 40 per cent of the parking spaces, office lots and the banquet hall.