Tuesday, November 24
You are at:Home»News»‘Too early to know impact of new sugar tax on manufacturers, consumers’ 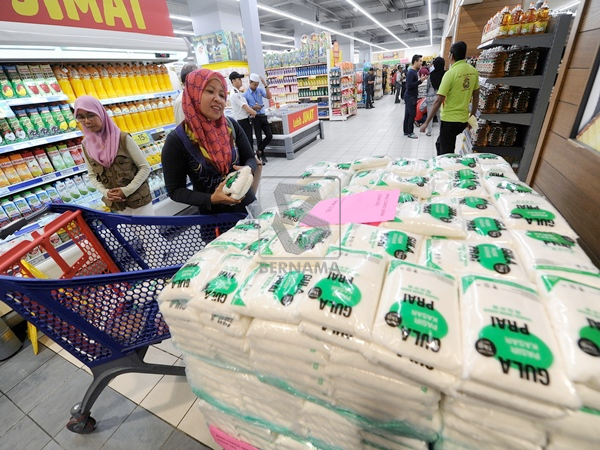 The implementation of the sugar tax on soft drinks and juices started yesterday as part of the government’s efforts to promote a healthy lifestyle and cut down obesity levels. File Photo

KUCHING: It is too early to tell if the new tax on sugary drinks would affect both beverage manufacturers and consumers in the state, says Kuching Coffee Shop and Restaurant Owners Association chairman Teo Giat Liew.

According to him, in terms of the pricing of sweetened beverages, the association would not be able to control its members if any of them decide to increase the price of beverages due to the tax.

“We’ll have to see how this new sugar tax goes because it has just been implemented.

“If our association members feel that the tax is too heavy and they decide to pass the cost of the sugar tax to consumers, we cannot stop them from doing so,” he told The Borneo Post when contacted yesterday.

The implementation of the sugar tax on soft drinks and juices started yesterday as part of the government’s efforts to promote a healthy lifestyle and cut down obesity levels in Malaysia, which studies have shown to be the ‘fattest’ nation in Asia.

Finance Minister Lim Guan Eng announced during the tabling of the Budget 2019 last year that there would be an excise duty for sweetened beverages at 40 sen per litre on soft drinks with more than 5g of sugar or sugar-based sweetener per 100ml, including carbonated drinks, or flavoured and other non-alcoholic beverages.

The tax would also be imposed on juices or vegetable-based drinks in which a 40-sen tax per litre would be imposed on drinks with more than 12g of sugar per 100ml.

Local beverage manufacturer Sundrop Fruit Juices Sdn Bhd informed The Borneo Post that it would be too early to comment on the impact of this new tax.

“The government has just started implementing this sugar tax so we’ll see how it goes,” said its director Lim Yu Kong.

According to him, Sundrop is currently waiting for a reply from the Customs Department with regard to the implementation of the excise tax on sugary beverages.

The department, in a statement on June 30, announced that the import and manufacturing of sugary drinks would be subject to excise duty, effective yesterday.

Guidelines and implementation procedure on the excise duty on sugary drinks can be obtained via www.customs.gov.my, while further enquiries can also be made to the Customs Call Centre on 1300-888-500 between 8.30am to 10pm daily.

Meanwhile, Consumer Voice Association Sarawak (Covas) president Michael Tiong said the current prediction of a sugar price increase was just a regulatory compliance from Customs on sugary beverages which might have little impact on other products that depended on sugar.

“This move in the long run will definitely add cost to the current goods, but again it depends on the margin set by traders on whether it is under profiteering or vice versa.”

He said in other countries, the objective was good in theory as the move could reduce consumers’ consumption and reliance on sugary goods and in return, it could reduce health issues such as diabetes and high blood pressure.

“However, our concern is that even with the price increase, it might not be significant enough to encourage people to reduce their sugar intake as carbonated drinks and even sweetening ingredients have high continuous demands from consumers.

“In this regard, education plays an important role to provide insight and awareness of early warning signs that deteriorate health.”

Tiong also hoped that the public would monitor the prices of these sweetened products and report to the Ministry of Domestic Trade and Consumer Affairs (KPDNHEP) on any unreasonable price increase in order to prevent traders from profiteering.