Saturday, September 25
You are at:Home»News»Abdullah: S’wakians ‘not that stupid’ to want Najib back in power 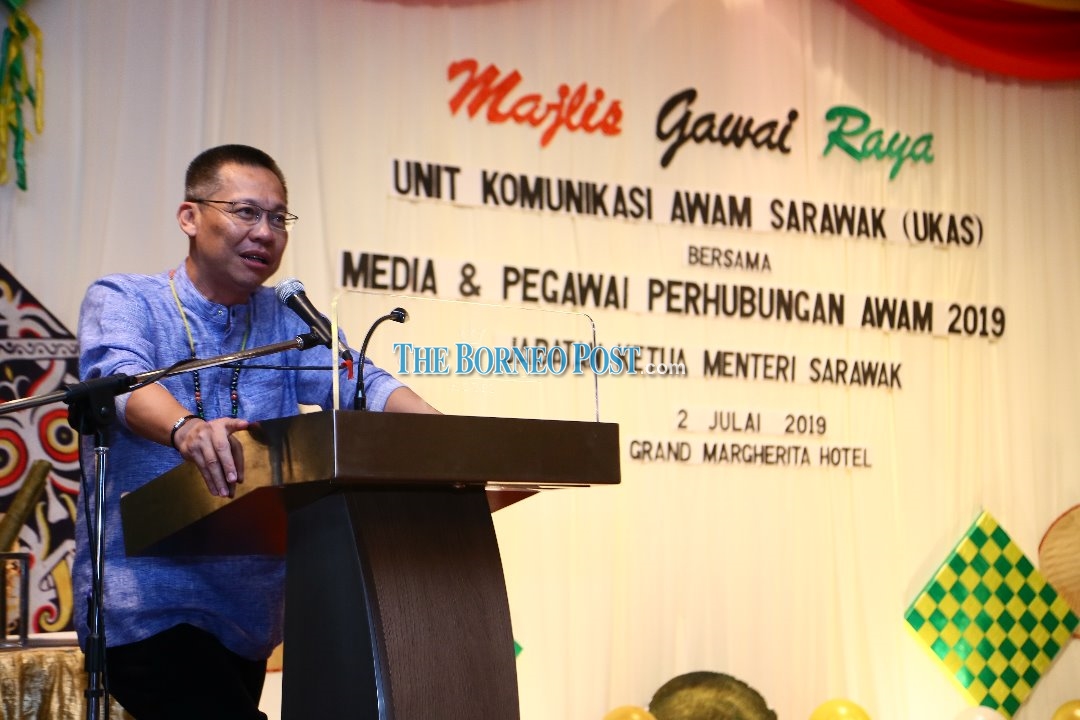 Abdullah giving his speech at the event. Photo by Muhammad Rais Sanusi.

KUCHING: Assistant Minister of Corporate Affairs Abdullah Saidol believes that Sarawakians are “not that stupid” in wanting Datuk Seri Najib Razak back as prime minister.

Commenting on a recent speech made by Batang Sadong MP Datuk Seri Nancy Shukri at a forum organised by the Institute of Democracy and Economic Affairs in Kuala Lumpur on June 28, he said that Nancy did explain that she was not promoting the former minister.

“I don’t think that is what she meant. We here in Sarawak could not be that stupid in wanting Najib back as prime minister,” he added when speaking during an event hosted by the Sarawak Public Communications Unit (Ukas) at a local hotel last night.

Abdullah opined that that the Batang Sadong MP did not personally want Najib to return to power, nor did the rest of Sarawak.

Her speech had put her in the spotlight as parts of it was used to make her sound like she wanted Najib back as the country’s premier, he explained.

Those who believe that Nancy wanting Najib to be Prime Minister again should listen to her speech in its entirety and not just latch onto the part where she remarked that Sarawakians wanted Najib back as prime minister, Abdullah reasoned.

“Nancy, who is a former federal minister in the Prime Minister’s Department herself, was only trying to say that it was the previous government under Barisan Nasional (BN) and not Najib alone that had implemented good things for Sarawak. There is no point for us to take people like Najib back because he is under investigation for corruption and abuse of power,” he added.

Abdullah also pointed out that there are many former BN federal ministers under the previous government, who had allocated funds to Sarawak’s development and not just Najib alone.

“If you talk to a normal Sarawakian, they want Najib back because he went to all the rural areas. I am not trying to promote him, but he knew what Sarawak needed. He visited Sarawak more than 60 times and he tried to make things easier for us,” was what Nancy really said in her speech last month.