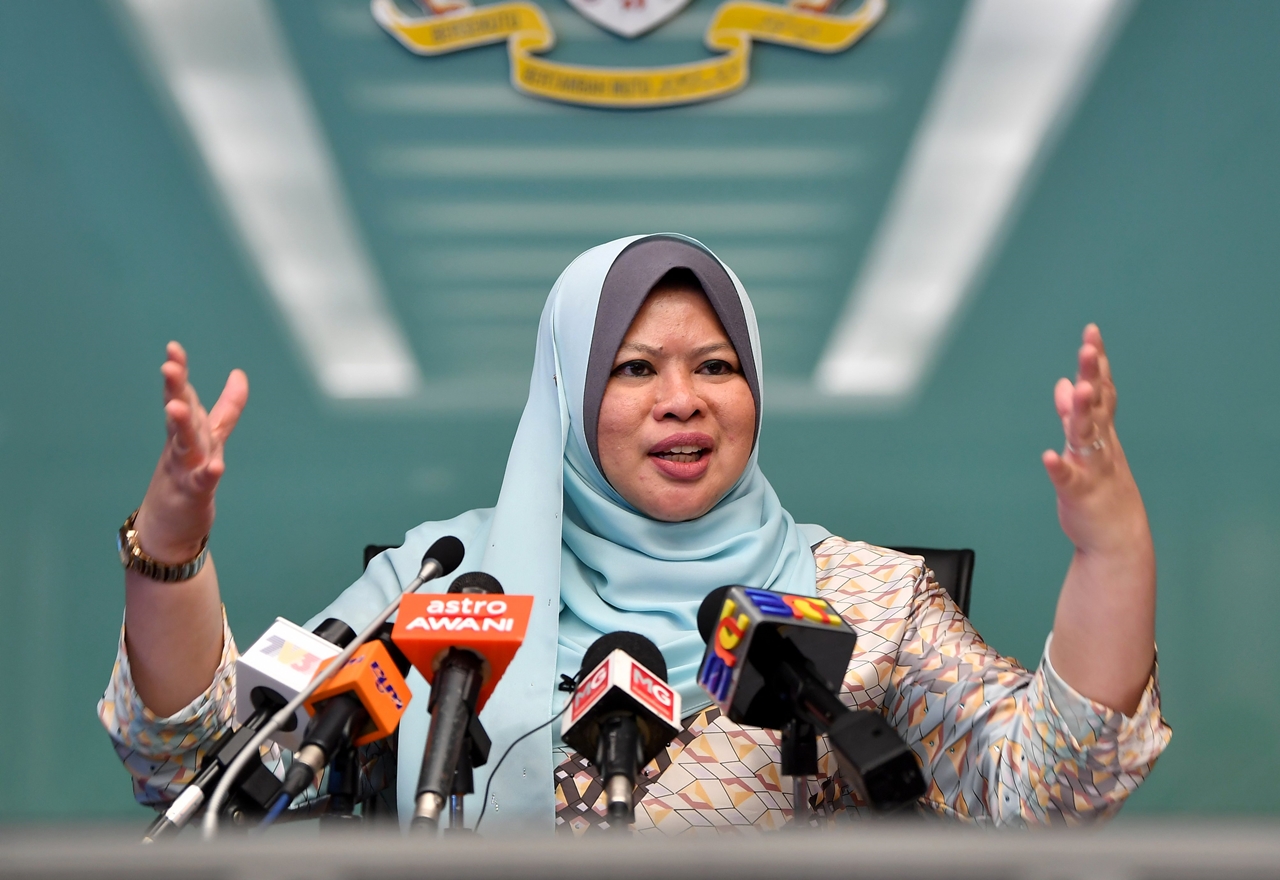 PUTRAJAYA: The implementation of the Rural Development Policy (DPLB) 2030 must be driven by the people in the rural areas, especially in aspects involving economic growth.

Minister of Rural Development Datuk Seri Rina Mohd Harun said the Rural Development Ministry would only act as a helper or initial guide, but it is the people who have to initiate the implementation to ensure that it would become a sustainable development policy.

She said she wanted the perception that “those living in rural areas are living in poverty” to be changed over the 10-year period of the policy, but the main challenge now was to change the people’s mindsets to accept any changes and improvements made for their survival.

“Changes are inevitable when we develop the agricultural or livestock breeding sectors, for example, so the people have to be prepared to deal with those changes in the implementation of rural development,” she said in a special interview with Bernama at her office recently.

Rina said the DPLB provides the outline of rural development in Malaysia over the next 10 years, which would help transform Malaysia into a developed and high-income nation by taking into consideration the aspirations of the people.

Launched by Prime Minister last Thursday, the DPLB outlined the blueprint and comprehensive development strategies in line with the 2030 Sustainable Development Goals set by the United Nations.

Through 10 thrusts, 33 policy statements and 88 strategies to be implemented until 2030, the DPLB will strive towards the vision of Luar Bandar Sejahtera (Prosperous Rural Area).

Rina said the DPLB was formulated based on three main principles of sustainability, inclusive and holistic, targetting on sustainable development which would ensure a balanced development encompassing the social, economic and environmental aspects.

“The concept of Prosperous Rural Area means that it is conducive to live in, it has job opportunities, economic growth and is a place that the people can be proud of,” she said.

Rina said with the widening rural to urban income ratio, which stands at 1:1.8 currently, the government could not prevent the migration of people, especially youths, from rural to urban areas because they surely want a better job, higher income and better public infrastructure.

“So, we have to provide all those things to ensure that although they are residing in rural areas, there will be job opportunities for them through entrepreneurship, skill programmes and workshop for youths. Even affordable houses will be made available to them.

“We want to reduce the gap between the rural and urban areas. That is why we need the concept of Shared Prosperity. The DPLB was formulated after taking into account the aspirations of all people, regardless of race, religion, gender and community,” she said.

In view of the fourth industrial revolution (Industry 4.0), Rina said the DPLB was not lagging behind in providing the necessary framework and strategies for the rural communities to face technological changes, such as by participating in programmes under the ministry’s educational institutions, industry boot camp and in the preparation of suitable syllabus.

“We target 85 per cent of our graduates to either secure a job, become an entrepreneur or further their studies within six months after graduation,” he said.

On rural development programmes in Sabah and Sarawak, Rina said with the vast size of rural areas, the two states could be developed as the estate farming model, in line with the prime minister’s call to increase the income of smallholders in rural areas.

In fact, she said the two states had a very vast potential to be developed with rural tourism due to the richness of their natural wonders and resources which could not be found in other states.

Meanwhile, she said the ministry aimed at organising more programmes in four out of the 28 poorest districts in the country, namely in Yan and Baling in Kedah, Tumpat in Kelantan, and Kota Marudu in Sabah, to help increase the income of the people there.

“Each of those districts has different potential. That is why the profiling of the villages are important…to help us to identify their exact potentials,” she said. – Bernama