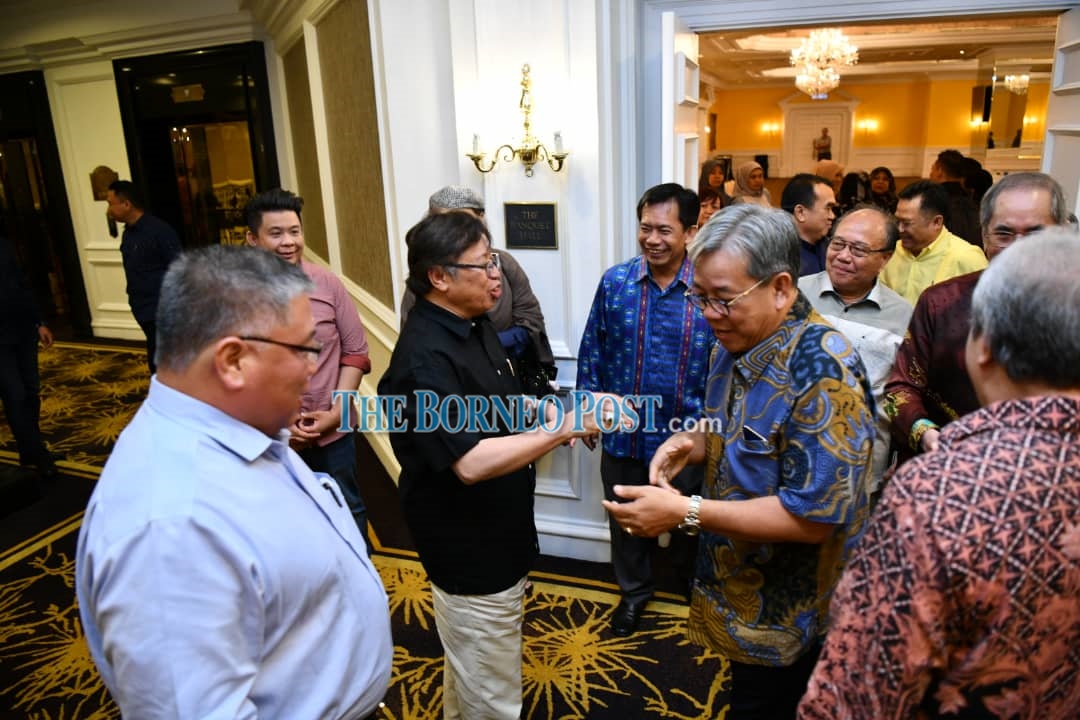 Abang Johari (second left) being greeted by the MPs as they arrive for the briefing.

KUALA LUMPUR: A special briefing was held here yesterday evening for members of parliament from Gabungan Parti Sarawak (GPS) to update them on Sarawak’s development programmes and issues.

It was learnt that the objective of the special briefing was to prepare these MPs with facts and figures so that they can present their debates more effectively in the Dewan Rakyat, which is now in session from July 1 to 18.

The briefings were given by officers of the State Planning Unit, Sarawak Public Works Department and Rural Water Supply Department (JBALB).

Previous ArticleAbdullah: S’wakians ‘not that stupid’ to want Najib back in power
Next Article DPLB 2030: Rural people should drive rural economic development