Monday, May 25
You are at:Home»News»Man found hanged at emergency staircase of Kuching shopping mall 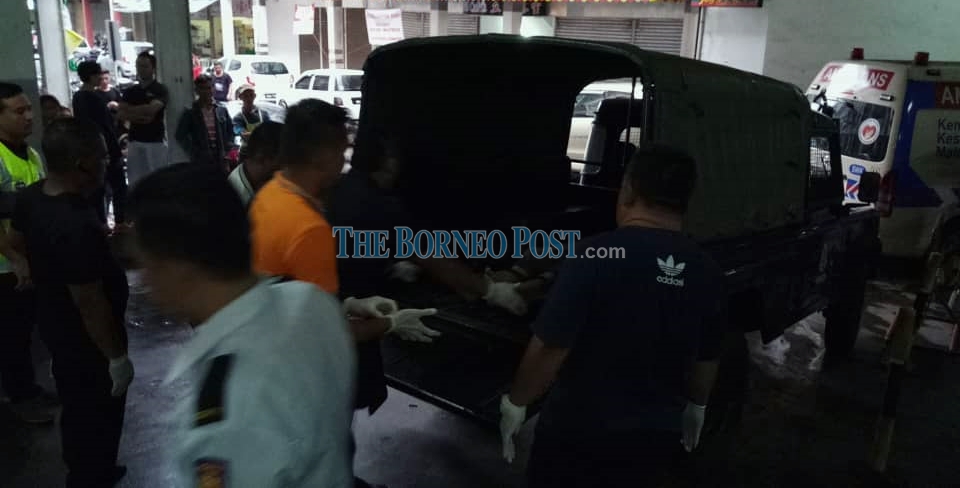 The body of the deceased was loaded on a police truck to be sent to the Sarawak General Hospital’s morgue.

KUCHING: A man, believed to be in his 50’s, was found hanged at the emergency staircase of a shopping mall, here around 1pm today.

According to the mall’s management, the grim discovery was made by one of their security guards.

It is also believed that the deceased drove and park his car at the mall’s multi-level car park at around 10.40am before deciding to end his life.

At the scene were members of the police and a team of forensics.

Police who searched the deceased’s car also failed to find any suicide note.

The case has been classified by the police as sudden death.

Meanwhile, to speak to a counsellor, contact the Welfare Department’s Helpline on 082-514141.

The Befrienders Kuching also offers emotional support. Call the hotline on 082-242800 from 6.30pm to 9.30pm daily or email [email protected]