Friday, July 10
You are at:Home»Business»AirAsia partners W. Australia for more trips Down Under 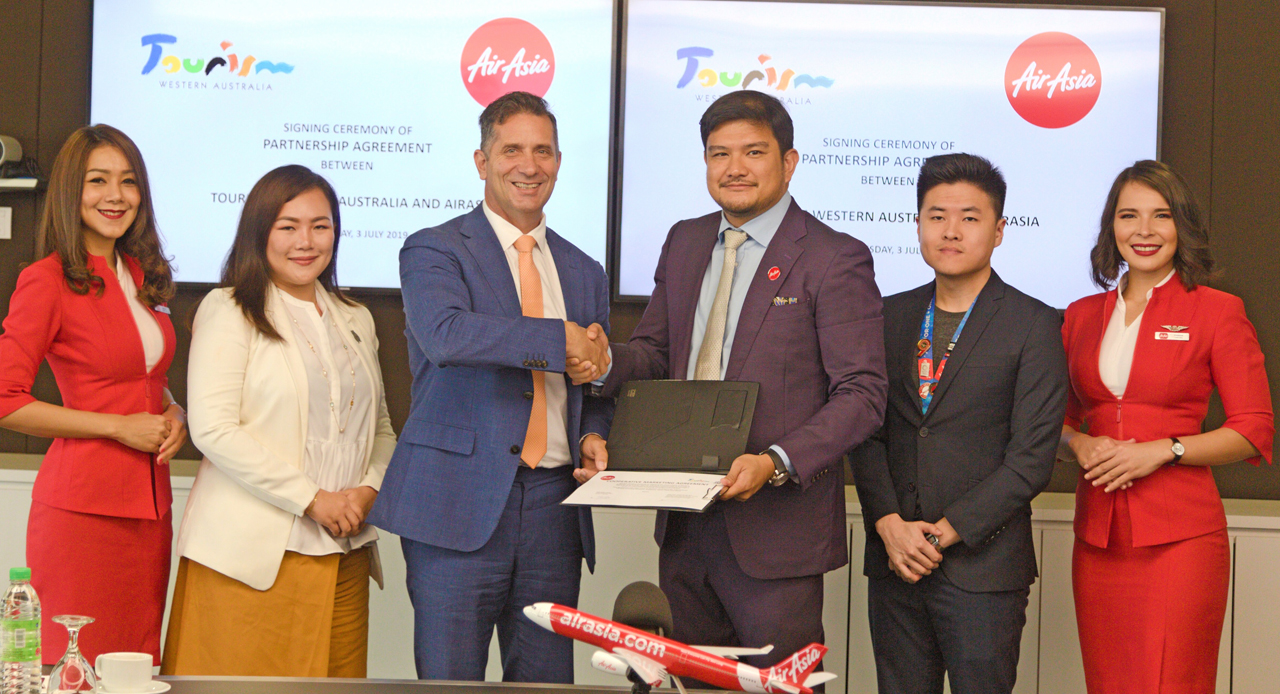 Announced by Tourism Minister Paul Papalia at AirAsia’s global headquarters, RedQ, the agreement aims to further promote the State’s tourism highlights in markets such as Malaysia, India, China and Japan.

The deal, worth A$1 million (RM2.87 million), has the potential to bring thousands of holidaymakers to the state.

It is hoped the combined campaign activity in Malaysia alone will generate more than 29,000 visitors.

“We know that well promoted low-cost air fares are a strong drawcard for people to visit Western Australia and this deal with AirAsia will provide that in some of our important markets such as Malaysia, India, China and Japan.

“This cooperative marketing agreement will not only encourage more Malaysians to visit the State but the marketing activity in connecting markets of India, China and Japan will help entice holidaymakers from those markets as well.

“Growing tourism is key to the State Government’s plan to diversify the economy, create jobs and develop business opportunities.

“Increasing the number of people travelling here from overseas will help achieve those objectives, which is why we committed an extra A$12 million (RM34 million) to Tourism Western Australia’s international marketing activity.

“It is the biggest international marketing push in the State’s history and we hope to see thousands more people come to Western Australia as a result of this surge in activity.”

Speaking on the expanded partnership, AirAsia X Malaysia chief executive officer Benyamin Ismail said: “We are excited to take our partnership with Tourism Western Australia to new heights and, through this new marketing agreement, grow demand for air travel from markets such as Malaysia, India, China and Japan.

“Demand for Perth and greater Western Australia is evident and the continuous support from Tourism Western Australia will enable us to push the envelope in terms of tourist arrivals through joint marketing efforts in Malaysia, India, China and Japan, where our route network is the strongest.”

To celebrate the announcement, AirAsia is offering fares from as low as RM299 one-way on standard seats and 20 per cent off its award-winning Premium Flatbed for flights between Kuala Lumpur and Perth. These low fares are available for booking on airasia.com or the AirAsia mobile app from now until July 7, 2019.