Friday, July 10
You are at:Home»News»All drivers involved in six-vehicle pile up receiving treatment in hospital 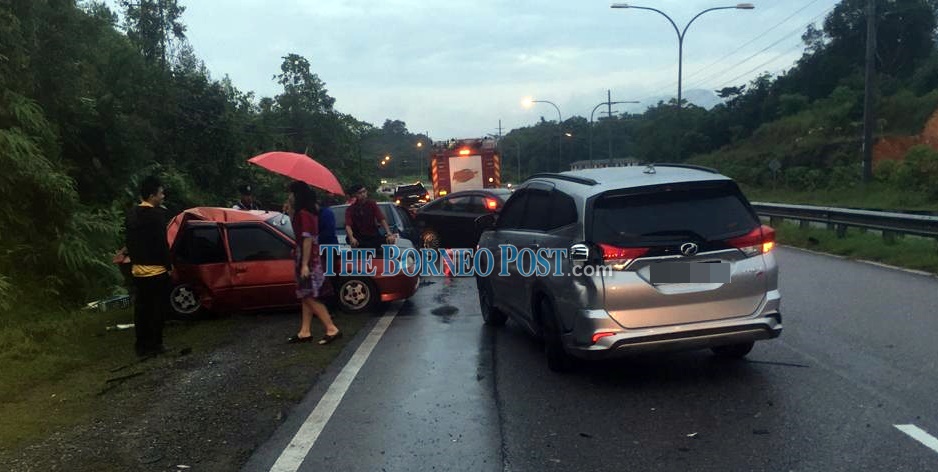 Two of the six vehicle which were involved in the pile up this morning.

KUCHING: All six drivers who were involved in a six vehicle pile up around 6am this morning are currently receiving treatment in the hospital.

According to the Fire and Rescue Department (Bomba), none of the victims were seriously hurt in the accident which took place at Kampung Lintang, Jalan Kuching – Serian.

It was also reported that none of the victims were pinned inside their vehicles.

The Bomba operation ended at around 6.45am.

Previous ArticleYong: Why sell land for Wisma Tiong Hua?
Next Article Constitutional amendment to reduce voting age to be tabled at Parliament today