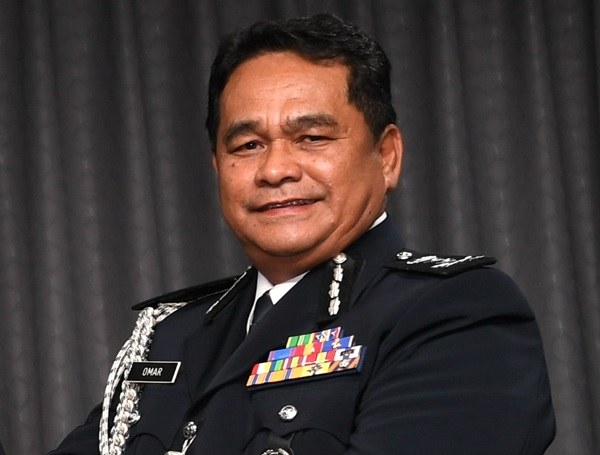 LABUAN: The kidnapping incident in the Eastern Sabah Security Zone (ESSZone) waters is still considered as isolated as it does not happen frequently, said Sabah police commissioner Datuk Omar Mammah.

He said the government’s security and enforcement agencies had taken various measures to enhance the security of the Sabah’s large coastal area to ensure the country’s sovereignty is fully safeguarded.

Omar said the measures were not only on the establishment of Eastern Sabah Security Command (ESSCom) but also the increase in assets for a smooth security operation.

“The kidnapping does not happen every day or every week or every month in Sabah’s waters but rather isolated, this is chiefly due to the enhanced security measures not only from the police contingent but also other government’s security and enforcement agencies,” he said at a press conference after closing the Seminar on Enhancing the Sabah Auxiliary Policemen Services and Agencies Chief at a leading hotel here on Wednesday.

He said the people must visit the Sabah’s coastal areas (as many claimed) with possible risk of kidnapping, and to witness the security measures being taken by the government security agencies.

Omar also admitted there were still errant fishermen violating the curfew order (dusk-to-dawn), making it difficult for security agencies to ensure their safety.

“We cannot deny there are still fishermen who are not adhering to the curfew order, as we know, several districts had been declared as areas of security measures.

“If fishermen insist on going out to sea during the curfew period, they should apply for permission for the curfew exemption order from the district police chief so as patrolling can be carried for their safety,” he said.

Omar reminded those found to have violated the curfew order would be prosecuted in court .

The recent kidnapping case had involved 10 fishermen who were sea gypsies, in waters off Tambisan in Lahad Datu.

The incident took place about 2am, during curfew hours when all activities at sea are prohibited unless permission is granted by the authorities.

Sabah Fishermen Association chairman Datuk Arsit Sedit was reported to have said the order for no activities at sea to take place from dusk-to-dawn was meant for the safety of all communities in Beluran, Sandakan, Kinabatangan, Lahad Datu, Kunak, Semporna and Tawau.

He said violating the curfew meant that one would be exposed to cross-border crimes, especially kidnap-for-random. – Bernama