Friday, July 10
You are at:Home»News»Rabies-infected puppy on the loose in Tasik Biru after biting two children 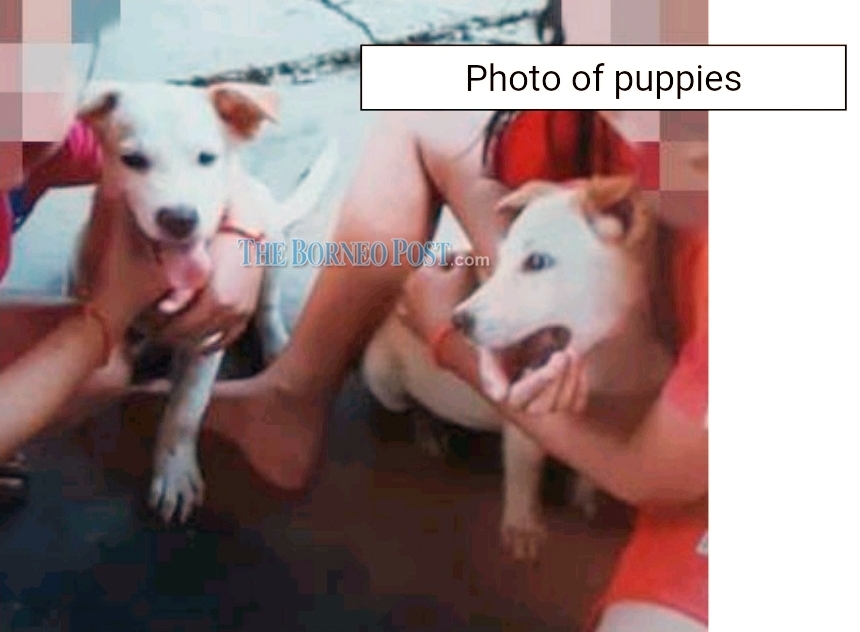 A photo of the puppies provided by the department.

KUCHING: One of two puppies which bit two children at Tasik Biru, Bau has been tested positive for rabies.

Department of Veterinary Services (DVSS) Sarawak director Dr Adrian Susin Ambud said following a probe, it was found that the puppies were adopted on March 31 from an Indonesian colleague of the children’s parents.

The colleague, who was staying in Kuching, has since returned to Indonesia.

According to Dr Adrian, the two children have already been treated at the hospital.

“The puppies turned aggressive three months later (after March 31) and bit them. One puppy was dumped around the Tasik Biru area and could not be located. The victims were treated at the dog bite clinic in Bau who then informed DVSS.

“The Department’s surveillance team immediately investigated and collected the remaining puppy for testing at the State Veterinary Diagnostic Laboratory on June. The puppy tested positive for rabies on July 2,” he said today.

On behalf of DVSS, Dr Adrian said the department is appealing to all residents and members of the public around Tasik Biru to call DVSS (082-628248) or DVS Rabies Hotline at 016-2557267 (WhatsApp) or the Bau District Council if they come across a cream-coloured puppy said to be abandoned there.

They should also make a report if they see any other stray or sick dogs.

“Members of the public who may have been in contact – such as licked, scratched or bitten by the puppy – are advised to visit the nearest government clinic or hospital immediately.

“We would like to remind the public to vaccinate your dogs against rabies annually and to adopt only from known and reliable sources,” he said.